Seton Shows Nature As More Beautiful and Amazing in 2019 Exhibition 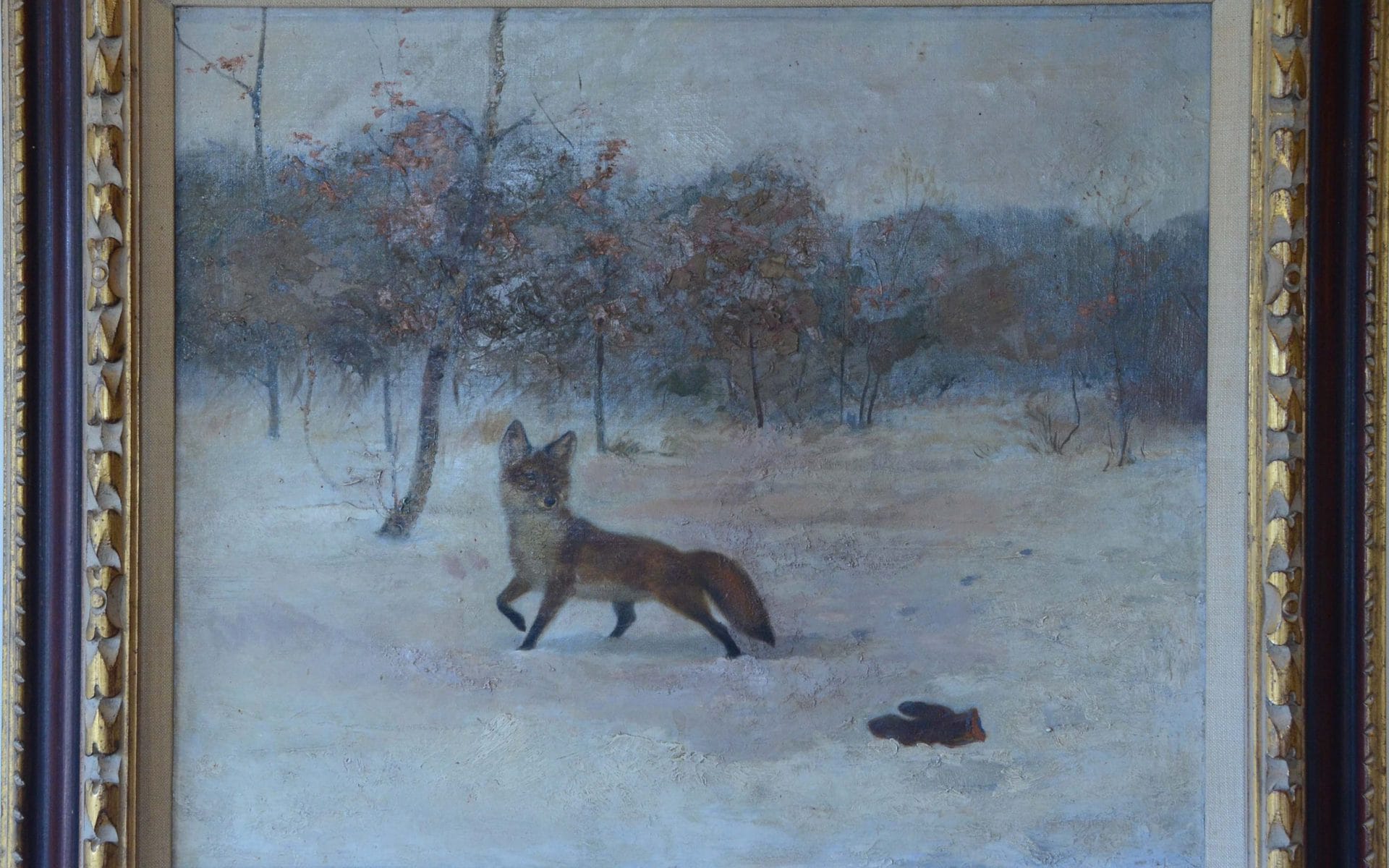 The 2019 Seton exhibition at the Academy for the Love of Learning features fifteen artists. “More Beautiful and Amazing” matches the work of fourteen contemporary artists plus Ernest Thompson Seton to quotes by Seton. The quotes, shown on labels next to the artwork, were chosen in consultation with the artists. (Source for the quotes is shown at the bottom of each label.)  In them, you will find insights into each animal and scene depicted. How do you interpret these images?

This is the first in a series of postings showing the art in this exhibition. The three shown here are all by Seton. The photographs were taken in situ (on the gallery wall). All image rights to Seton artwork is reserved by the Academy for the Love of Learning.

(Featured image above) Oil/Masonite, After 1920 (ALL # 5002) The (tail) brush is large in proportion to the coldness of the climate. In Foxes from the Southern States it is a very meager thing, but on the Saskatchewan and farther north, it is enormous, looking at a distance almost as large as the Fox’s body, and, of course, it reaches its greatest size in the depth of winter. The coat in general is developed by cold, but not apparently to the same extent as the tail. (Lives of Game Animals, Vol. 1, pg. 487, 1925) 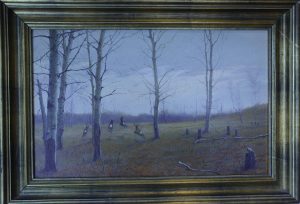 Oil/canvas, 1893 (ALL #5015) The Whitetail is essentially a creature of the woods and thickets, where these alternate with open glades. Bare plains and rugged hillsides are an abomination unto it; but every Western river whose long flood-flat is belted and patched with far-reaching scrubby willows and alders, is sure to carry with it a long-drawn-out population of skulking Whitetails. Here, between scrub and bog, they are able to hold their own and multiply, in spite of rifle and wolf. (Lives of Game Animals, Vol. 3, pg. 255, 1927) 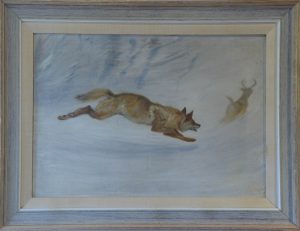 Oil/canvas, 20th century (ALL# 4027) Wolves rank high in the list of the Whitetail’s foes, and have long played havoc with the Deer in the North. On the upper Ottawa, the Deer came in with the settlers. The Wolves followed, because in the Deer they found their winter support. In summer, the Deer were safe among the countless lakes, and the Wolves subsisted on what small stuff they could pick up in the woods. But winter robbed them of their speed; and then the Wolves could run them down, so wintered well. (Lives of Game Animals, Vol 3, pg. 286, 1927)