Matt Celeskey Animals of the Past 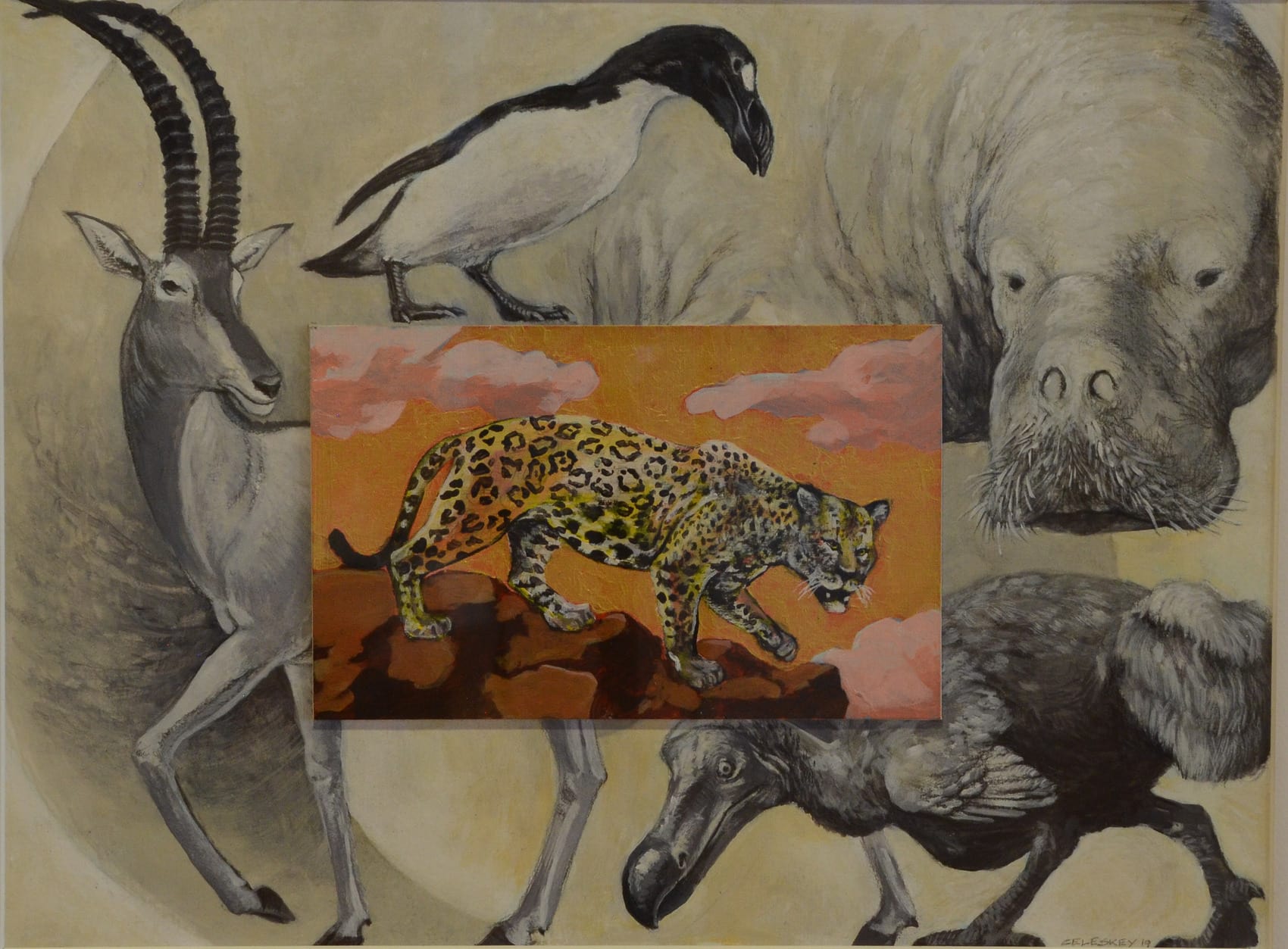 Matt Celeskey, It is only a question of time, Mixed media/2019

I feel a sense of wonder and awe at our destruction of the other creatures of this world. Both for those beings already gone and those on their way out. Do we believe that the horror of this will be less if we manage to look away and pretend not to see? But what happens when visual artists refuse to let us off so easily? The dead and the passing deserve our recognition. Seton suggested that if we cannot bring ourselves to save the others for their sake, we should certainly save them for our own sake. He didn’t think we could manage without the presence of our co-travelers on this planet. Even if we could, would we really want to?

As a ‘paleoartist,’ most of my work involves the reconstruction of species that lived long before there were any humans. From an imperfect record of fossil bones and other petrified impressions, I try to imagine plausible scenes in order forge and share connections between the viewer and long-extinct organisms. Although much about these ancient organisms is unknown and unknowable, we can find unmistakable ties of kinship and experience connecting us across millions of years.

The four species bordering this piece–the Great Auk, the Bluebuck, Steller’s Sea Cow and the Dodo–are only separated from us by a few centuries. To imagine them alive, there is a comparative wealth of data to work from. We have not only their bones and skins, but also mummified or taxidermied specimens preserved in museum collections. We also have the written and illustrated records of men who saw these animals, and heard them, and in some cases smelled and tasted them before the last of their respective kinds disappeared from the earth.

But all the specimens and data and records are, at best, a pale reflection of a living species, and these animals are as lost to us today as any tyrannosaur or trilobite. In some ways, these recent losses cut more deeply–we have a greater sense of what we have missed, and we cannot avoid the fact that our own species is responsible for their death. Seton worried that the jaguar would be headed to the same fate. A century later, there remains a small window of hope that the jaguar’s historic range might be restored, but in that time the ghosts of countless species loom even larger over the wild things that remain at the edges of our world.

Man is, of course, the implacable enemy of the Jaguar. It is only a question of time now, and maybe very little time, so far as the United States is concerned, before man sends this masterpiece of creation the way of the Dodo, the Auk, the Antelope, and the Sea-cow. (Lives of Game Animals, Vol. I, pg. 31, 1925)

(It is only a question of time, copyright Matt Celeskey, used by permission)