Lobo, Life and Death of a Gray Wolf 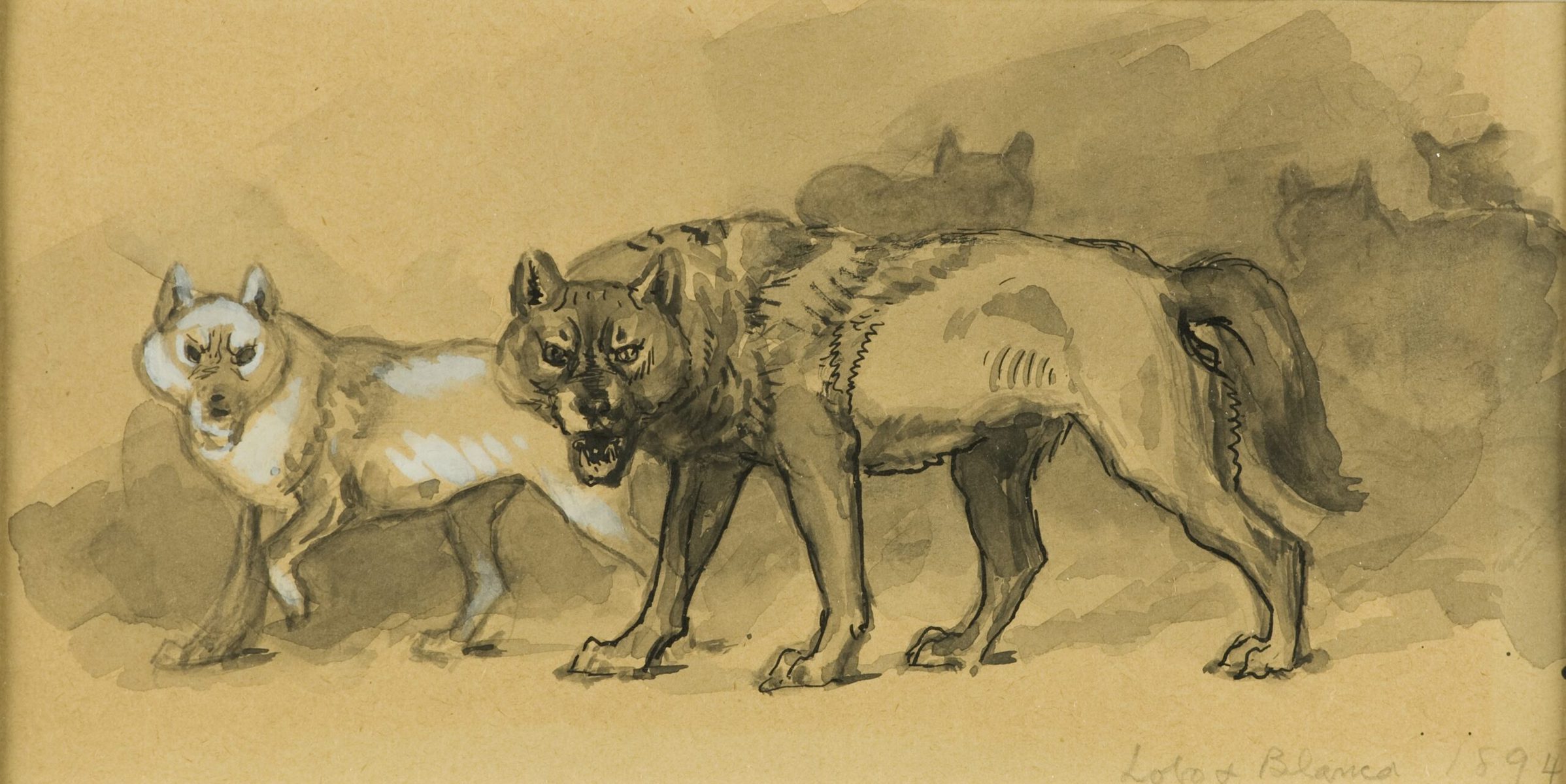 The “Lobo” story (as it is often called) is a quintessential American tale. It captures the grandeur and tragedy of the American West. Ernest Thompson Seton’s account of hunting and environmental ethics was first published in the November 1894 issue of Scribner’s Magazine. On August 12, 2018, the Academy for the Love of Learning will premier our publication Lobo, the King of Currumpaw, Seton’s story re-imagined as a graphic novel, illustrated by artists commissioned by the Academy.

“Lobo,” the hero of this story, died at the end of January in the same year as the publication of his biography. The story mattered (and still matters) because the protagonist lived and died much as chronicled by Seton. Ultimately, the rest of his subspecies, either Canis lupus nubilus, the Plains Gray Wolf, or Canis lupus monstrabilis, the Texas Gray Wolf (both lived in northern New Mexico) became extinct a few decades later.

In this year, the 158thafter Seton’s birth, and the 124thafter Lobo’s death, two more wolf subspecies, baileyi (named for biologist and wolf killer Vernon Bailey) and rufus, may soon move from Wikipedia’s still-here list to its now-gone (extinction list). As I will explain in the following series of essays, Seton—Lobo’s killer—came to understand the immorality of his own actions, and in a larger sense, the insanity of our civilization’s war on nature. Seton came to believe that our entire society was headed for the now-gone list. Heady stuff to come from the death of a particular wolf.

(The artists’ reception for “Lobo, the King of Currumpaw,” an exhibition with graphic novel, took place at the Academy’s Seton Gallery on Sunday August 12.