Keith Walters and the West 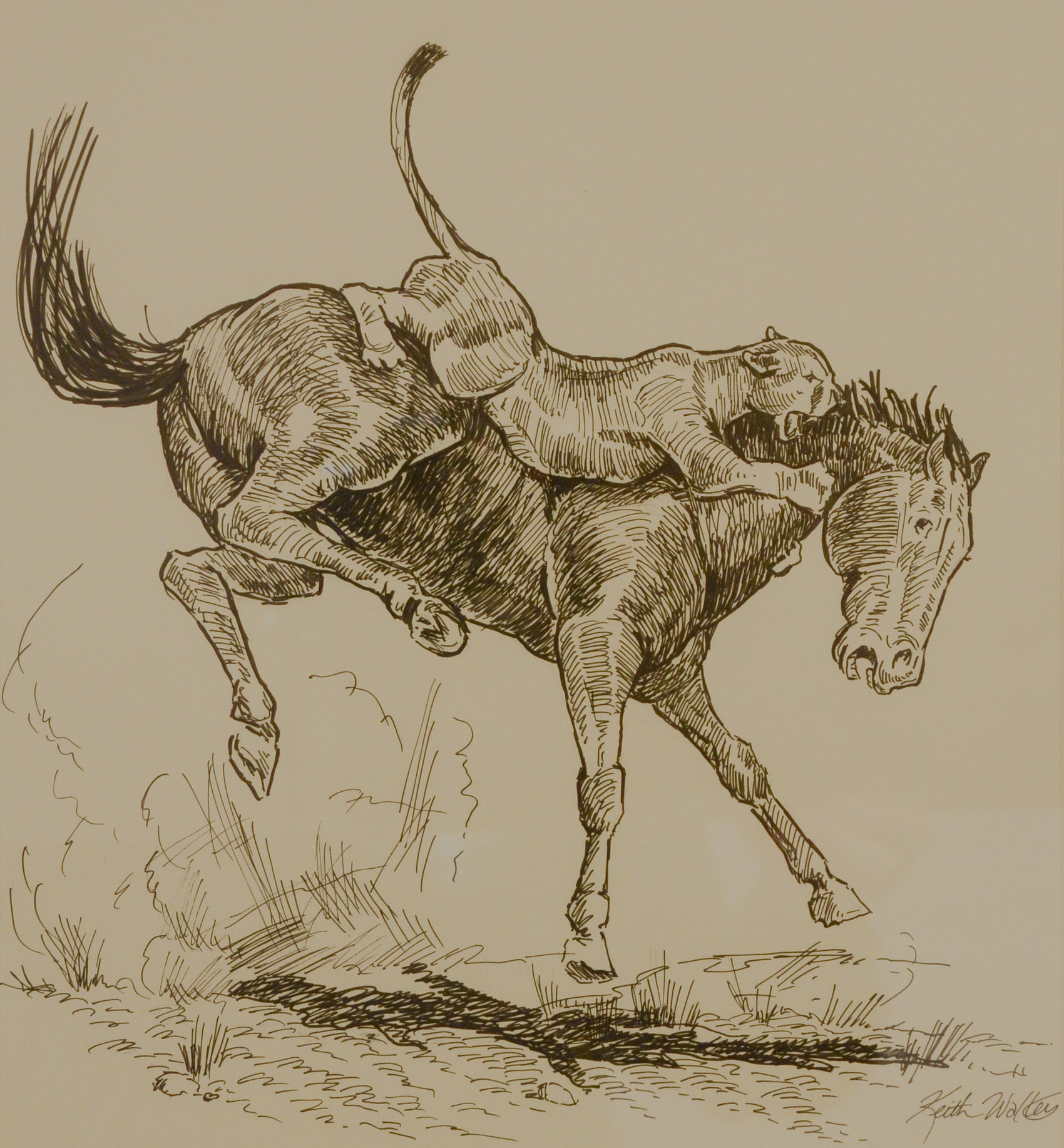 As a historian I have spent a good deal of time speculating on this: If you don’t know where you came from, how can you know where you are going? When Seton came to New Mexico in 1893 he observed the cowboy life in all its rough edges. You had to be tough to survive in that environment. Even as he lived it, Seton closely identified with the romance of the West; it never lost his hold on him. Neither has its lost its hold on those of us who live here now. But to depict it—the current reality and the nostalgic past—who better to show to us than someone who has lived (and still lives) the ranch life of the West? Keith Walters’ work demonstrates that strong authenticity. See this work and the others in the Seton Gallery 2019-2020 exhibition at the Academy for the Love of Learning.

Keith Walters and the Historic West

I am an artist and sculptor from Cimarron, New Mexico. I grew up in Springer, NM and graduated Northern Arizona University in Flagstaff. I spent 10 years cowboying on ranches in New Mexico, Nevada, and Wyoming, before embarking on a 30-year career as a prop master in the film business. My artwork typically reflects my love for the American West, its history, people, and animals. This particular piece is a pen and ink drawing done as an illustration for Max Evans’ book ANIMAL STORIES. It depicts a moment in the struggle for survival between a young mare and a mountain lion.

Ernest Thompson Seton and the Cougar

Of all the beasts that roam America’s woods, the Cougar is the big-game hunter without a peer. Built with the maximum power, speed, and endurance that can be jammed into his 150 pounds of lithe and splendid beast-hood, his daily routine is a march of stirring athletic events that not another creature—in in America, at least, can hope to equal. (Lives of Game Animals, Vol. I, pg. 95, 1925)