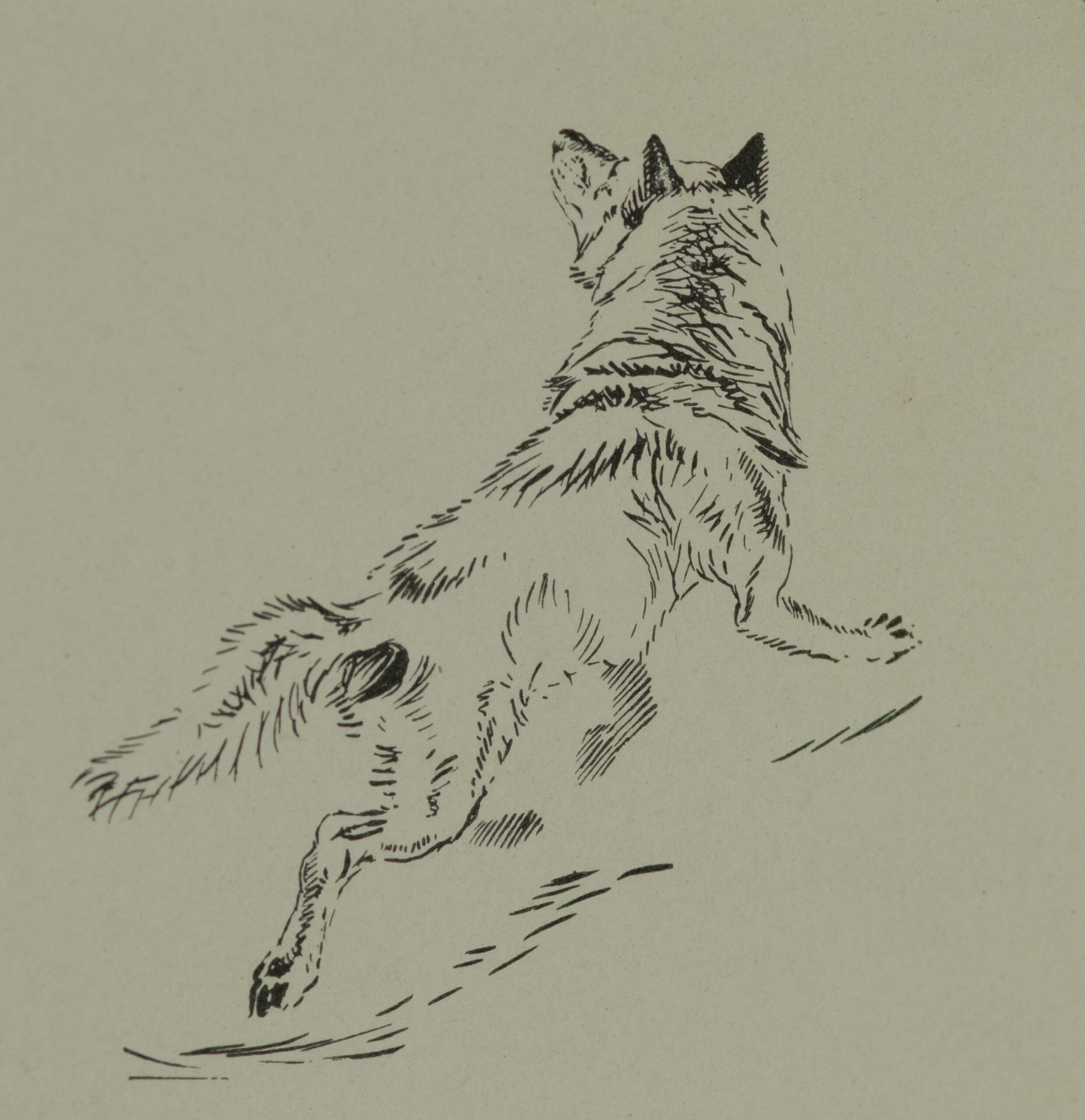 When Seton arrived in New Mexico in 1893, decades of hunting had decimated the previously abundant wildlife. Wolves had hunted animals from bison to pronghorn antelope. But by then predators preyed upon cattle, the only large animals remaining. Lobo and company prowled the ranch country along the Corrumpa watershed.

This intermittent creek (“Currumpaw” in Seton’s spelling), arises from the east slopes of two prominent peaks, Sierra Grande and Capulin Volcano. It runs north of  Clayton, New Mexico and on towards the Oklahoma border. The resident wolves declined by six due to Seton’s efforts, all taken in inhumane leg traps. Two of their skulls ended up in the Vertebrate Collection of the specimen storage facility at the Canadian Museum of Nature (Collections des Vertébrés, Musée canadien de la nature) in Ottawa.

I saw them in a high ceiling, dimly lit, quiet hall. Few visitors make it into this secure facility. And almost none visit the New Mexico wolves. I stopped by on my way to Baffin Island in 2009, assisting a plant ecology expedition.  Dr. Kamal Khidas, Chief Collections Manager, kindly brought out the two skulls, long ago informally named “Lobo” and “Blanca” by someone familiar with the story.

Laid out on a heavy wood table, they gleamed startling white against a black cloth background. They retained Seton’s original specimen tags on which was written a catalog number, date of kill, and other notes. I compared these tags to Seton’s original field notes. Sometimes Seton specified the manner of death, i.e., by gun or by strangulation. I show them below in numerical order.

I assumed the correct tags were still connected to the current specimens. I’ll return to the Canadian skulls in a moment, but first to the collection of the National Scouting Museum—Seton Memorial Library at Philmont Ranch in Cimarron, New Mexico.

In 1965, Julia Seton, Ernest’s widow, promised a donation of Seton-related material to the Boy Scouts of America. This collection was eventually housed at Philmont. Included was a wolf pelt identified as “Lobo” when it was displayed in the Castle at Seton Village. But a few years ago, when Philmont museum staff opened the case, and invited me to take a look, we noticed two things. First, the tag on this pelt was for specimen # 655. Lobo’s number was #677. Second, the appearance in the famous photograph of the wolf identified by Seton as being Lobo, is not the same as the pelt in the Philmont collection.

Back to the Canadian specimens

(I didn’t get the information copied from this one, but the number 662 was attached. Skull showed no bullet hole. Blanca’s specimen number was #672, so presumably this one is not Blanca.)

(This skull has a bullet hole; there is a pelt associated with this number. The 1883 date above is a typo.)

In an email to me dated September 3, 2009, Dr. Khidas shared with me the “Genetic Analysis of Canadian Museum of Nature Samples.” This was conducted by Professor Robert Wayne of the University of California, Los Angeles, dated October 8, 2007, on the two New Mexico wolf specimens.

For specimen #662 the researchers took their DNA sample from a tooth. For #665 they used foot skin from the pelt. Both specimens had the same “mitochondrial control region haplotype” or DNA sequence. This is “a unique sequence not previously detected in extant or historic Canis lupus. This “haplotype is in the same clade as historic Canis lupus nubilus haplotypes” observed also from Colorado, Kansas, and Nebraska, the “interior continental U.S. gray wolves.”

Neither of these specimens, if they are indeed from different animals, conform to the genetic profile of monstrabilis. The ranges of both intersected in northeast New Mexico.

Don’t confuse either of them with the Mexican Gray Wolf Canis lupus baileyi, the still extant subspecies living in southwest New Mexico.

We are unlikely to untangle all these mysteries, historical puzzles mainly of interest to a few experts. Further DNA analysis and a closer look at textual evidence could help.

Of greater concern is preserving the wolves still living. Or will Canis lupus baileyi follow nubilus and monstrabilis into the forever oblivion of extinction?

(An exhibition, Lobo, the King of Currumpaw, accompanied by a graphic novel of the same name was shown at the Seton Gallery of the Academy for the Love of Learning. in 2018. All image rights reserved.)