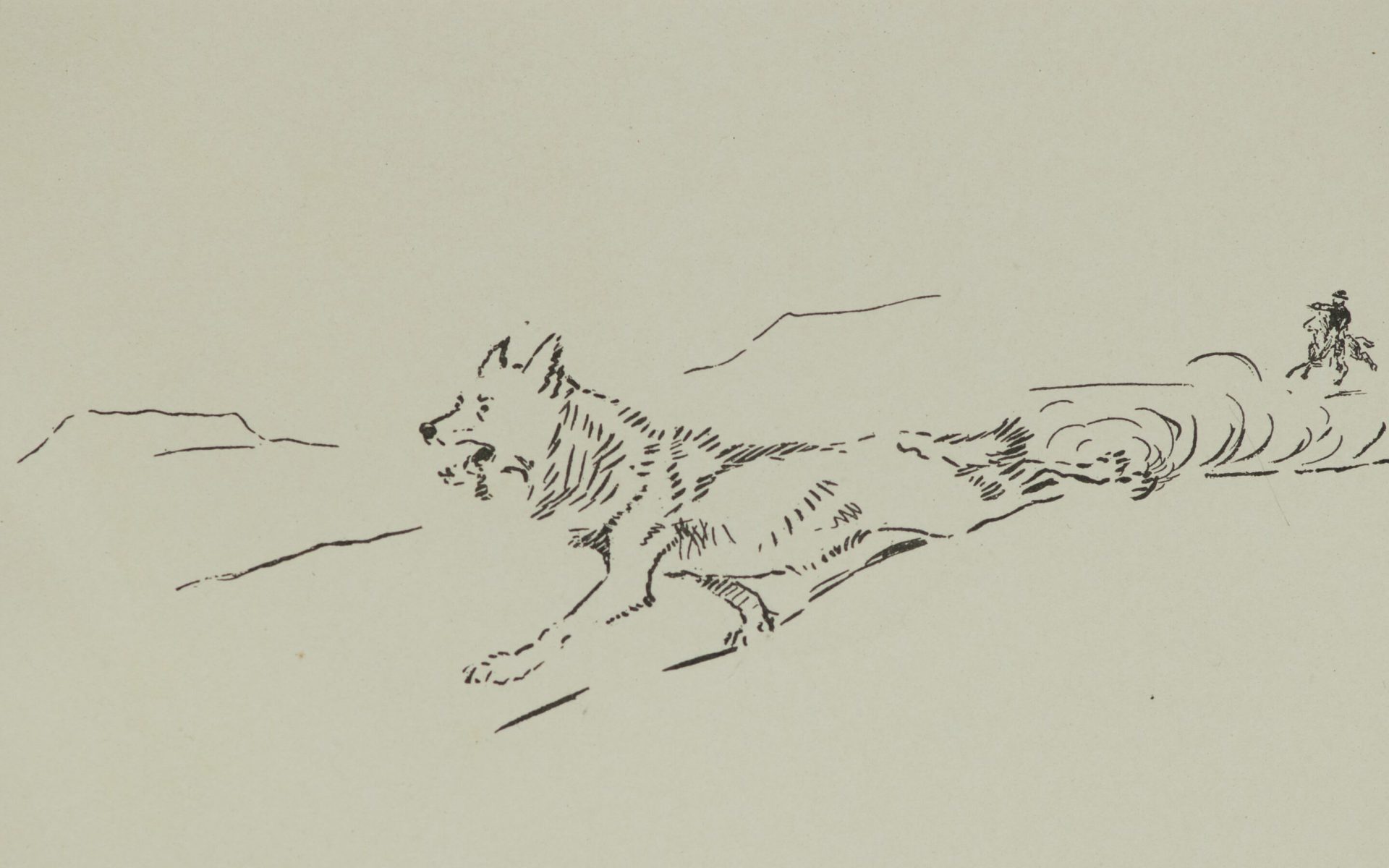 Seton had planned to spend the winter of 1893-1894 at his home in Toronto, and with luck, in New York as well. His professional future as an illustrator (and later, as a writer) resided in the American city. His manic work schedule, however, resulted in severe eye strain. A doctor advised him to take a break from the drawing board and try something else. I have not found the name of that medico, but his advice for a change of venue set Seton on a new track. This included coming up with ideas resulting in worldwide Scouting and mass marketing of wildlife conservation.

That step was traveling to far-away New Mexico to hunt wolves in October 1893. Over a year earlier Seton had met a young New Jersey woman, Virginia Fitz Randolph. Renewing their acquaintance back in the States (he was by then spending time with her younger sister Caroline), he met their father Louis. An absentee ranch owner, Louis V. Fitz Randolph was losing money on his cattle operation due to wolf predation. Seton, described by Fitz Randolph as “my wolf killing friend” wrote up a business agreement on October 6 outlining two month’s work. Within days Seton was on his way to Clayton to begin the extermination process.

I have already given the story so will skip to the post-script issue: What happened to Lobo and Blanca after their deaths? And for that matter, what about the other four wolves Seton killed that winter? I’ll get to the other five in another posting and here will start with Lobo.

Seton kept Lobo’s skull, or at least a wolf skull he claimed to be that of Lobo. Contained in Seton’s files (and now at Library and Archives Canada in Ottawa) is a letter from Caroline. Dated March 13, 1895, she acknowledged a special gift.

At last the head of your victim has come, am very proud of it and delighted am I. It is the very best thing of the kind that I have ever seen, and I am already attached to it as the glory of my modest possessions….

Mother[?] says that she can’t bear to meet Lobo’s eye – she fancies that he has a “Mr. Hyde” sort of sneer, a look as though he might be the evil side of a human [ ? ], but for me, I love Lobo. He fascinates and attracts me, and his quaint [ ? ] and [ ? ] charms and satisfy me afresh every time I glance at him. I shall consult Julie [ ? ] before having his mounted and protected. But have a notion of my own that I should like him in a [ ? ] band of plain ebony with a tiny sample rim of gold inside – to signify le rir est mort. Does that sound right and fitting, oh mighty conquerer?

I have said a great deal, but somehow seem to have fallen short of telling you how good you are to me to send me Lobo, and how warmly I appreciate your kindness. I’ve not written

[The letter ends at this point, although it must have continued on another, now lost page.]

Caroline wrote on letterhead showing their address as Front Street & Farragut Road, Plainfield, New Jersey. Some years ago, a correspondent at the Historical Society of Plainfield, New Jersey confirmed for me that Lewis Fitz Randolph and his wife Emily Caroline had a daughter named Caroline. Lewis apparently was prosperous, purchasing “a lot of property” following the Civil War. Caroline eventually married, but we did not find her married name. Did the “Lobo” skull survive?