Cats of the Smallest Kind 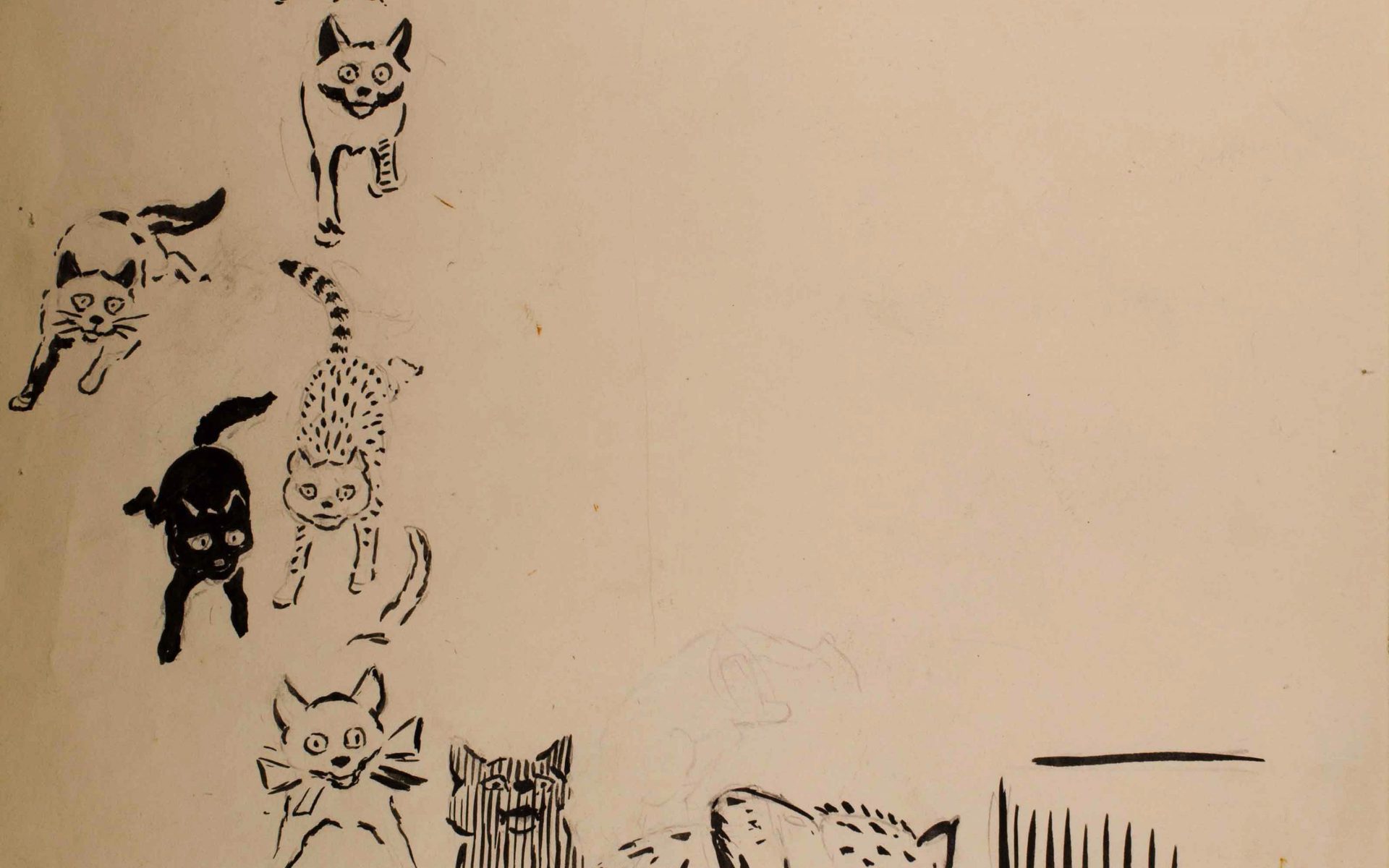 Included in the Academy’s collection of Seton art are depictions of cats, from lions to the household variety. Seton began his major work of natural history, Lives of Game Animals (1925) with cats. He was particularly struck by the physical similarity of cats within a given weight range. While they might look different on the outside, they were much the same under the skin. He noticed also that many species were threatened.

The Line of cats in #577 is an illustration from “The Slum Cat” who appeared in Animal Heroes (1905). Unlike so many of Seton’s subjects who became tragic heroes, the protagonist in this story is a Cinderella cat who lives happily ever after. I don’t recall where the illustration of the slinking cat is from (I’ll add that later.) But I do recall my fierce black and white half-feral stalking a giant black and white domestic rabbit in a farm field. The rabbit unexpectedly attacked forcing my pet into ignominious retreat. Maybe the cat below suffered a similar embarrassment. 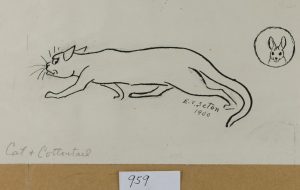