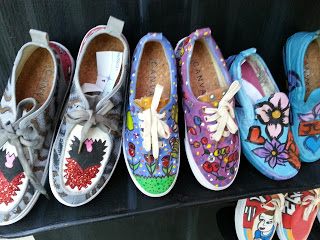 One hundred and eleven years ago Ernest Thompson Seton found a unique solution to a special problem. In time, this solution would lead several hundred million children around the world to take part in what may have been the largest social movement of the twentieth century. Seton’s vision manifested itself under several names – including Woodcraft and Scouting.

At the turn of the twentieth century, in Greenwich, Connecticut, Seton fenced in his newly acquired estate to protect wildlife. He fenced out local boys who had used the woodland as a playground. They retaliated by tearing down his fences and vandalizing the property. Neighbors advised him to have the kids arrested.

Seton came up with a different plan. He later wrote, “I knew something of boys, in fact, I am much of a boy myself.

In March of 1902, he visited the local school and invited the boys to join him for a weekend of camping, canoeing, and running about his property as much as they pleased. On Friday after school a mob of them arrived – he gave them an unstructured hour to burn off energy, fed them as much as they could eat, and called them together for a council ring, a feature that subsequently became a mainstay of every summer camp in America. Seton talked to them as if they mattered, telling them stories of wolves and Indians and the great American West.

His most daring move was to give them responsibility for organizing themselves. He gave them trust and respect and high expectations. They did not disappoint.

In later years, the ideals of Woodcraft spread to many youth organizations. One of those was the Woodcraft Rangers. According to their website, Woodcraft Rangers opened its doors to Los Angeles youth in 1922, based on founder Ernest Thompson Seton’s principles of character building through a tribal model of organization – service, truth, fortitude and beauty.

Ninety years later this great organization continues to improve the quality of life for thousands of young people. Courtesy of the Academy for the Love of Learning, I had a first-hand opportunity to learn about Woodcraft Ranger programs on May 8 and 9. Along with Academy founder Aaron Stern and other Academy staff, I attended their gala dinner and fundraiser which featured children from the various Woodcraft “clubs” showing off singing, dancing, and public speaking skills.

The Woodcraft Rangers provide vital educational services through after school programs for 15,000 kids in 60 schools during the course of a year. Students from grade school through high school are included. The Woodcraft Rangers “serve an at-risk population in neighborhoods where access to positive structured activities are limited.” Promoting self discovery and academic achievement, they involve youth in activities that appeal to the desires and imaginations of their students.

Which is to say that everything they offer – from instruction in music to shoe decoration to foundations of robotics – is in response to the interest of the students. Youth become involved and stay involved because it is about them. Although these activities are often different than those offered in 1922, child-driven education is precisely what Seton felt was needed to engage boys and girls.

Several Academy staff visited one of the schools where we watched Woodcraft Ranger instructors working with students in flag drill, volleyball, fine art, skateboard, video photography, and soccer – all this just on one afternoon at one school. If not for the Woodcraft program, these kids would likely be on the street with nothing to do. In my brief acquaintance with them, it was clear from the intense and happy expressions, that youth and their instructors (many not much older than the students) had achieved something special. 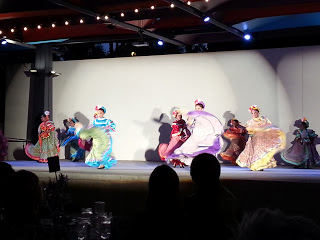