St. Paul the Apostle and Seton 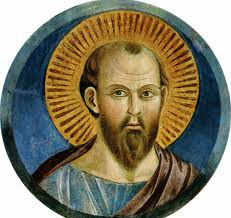 In her memoir, By a Thousand Fires, Nature Notes and Extracts from the Life and Unpublished Journals of Ernest Thompson Seton, Julia M. Seton writes of her husband that although he was “of a most genial disposition, with the utmost kindliness and tolerance toward life in general” he held two great antipathies – for his own father Joseph and for George Armstrong Custer. To this list Seton biographers H. Allen Anderson and Betty Keller added St. Paul the Apostle, although without attribution that I could find. Apparently, the supposed anti-feminist attitude of St. Paul cascaded down through the centuries to make life a misery for Joseph’s wife Alice within their marriage. Seton’s parents were religious fundamentalists, followers of Calvinism.

But – if Seton really had it out for St. Paul, it was a tragic misunderstanding – the two of them would have gotten along famously. Modern scholarship has distinguished between what Paul actually felt (an equality of men and women in Christ) and what was written by others but falsely attributed to him, the subjugation of women with which Seton took issue.

There is also this. Paul outlined one of the fundamental issues facing all civilized societies, the quest for peace (as in order within a society) through two opposing philosophies. One of these, modeled in Paul’s time by the Roman Empire, was the desire for peace through victory. The opposing Paulist position (based on ancient Jewish thought and the teachings of Jesus), was the desire for peace through justice. The latter approach was the ideal proposed by Seton’s Lifecraft philosophy.

One of the leading contemporary Christian scholars, John Dominic Crossan, discusses the role of women in the early Church and sets forth the important achieving peace through justice argument in his book, In Search of Paul, How Jesus’s Apostle Opposed Rome’s Empire with God’s Kingdom (HarperSanFrancisco 2004). I might have missed this book but for the kind guidance of Matthew Fox who is a prolific author, proponent of the philosophy of Creation Spirituality and visiting scholar at the Academy for the Love of Learning.

…the only hierarchy Paul accepts is the primacy of those who best build up the community, and that can only be done by those who love, that is, those who sharefully and completely what they have received as not their own to have, to use, or to boast about.

Compare this to Seton, page 1, Gospel of the Redman (Seton Village Press, 1937):

In the Fourfold Path, Seton wrote about the service an individual owes the community (of humankind and wild-nature). One of these is the Service of Love where the heartfelt intention of kindness begins with those with whom we may be in closest contact and extends to all other persons and all other living things. Helpfulness grows from the work we do, from freely sharing what we have available for the benefit of others. Another way to put this is that in Seton’s understanding of traditional Native American society, an individual’s status was measured by how much he or she served the larger community. Seton’s error in this was attempting to suggest that such a system of ethics was particular to the indigenous peoples of North America. Buddhism as well as the Christianity of Jesus and Paul (to take but two obvious examples) show that the Service Way is of course a universal human trait, not one defined or limited by race. (The Fourfold Path is discussed further in the Seton pages at the Academy for the Love of Learning web site, due for publication late in 2012.)

Lifecraft then, is a manifestation of Paul’s peace through justice. Seton summarized his views in Gospel of the Redman. He listed as virtues: Religious tolerance. Wise and organized use of natural resources for the common good. Equalitarianism within society. Non-violent disciplining of children. Spiritual values favored over material values. Against abuse of alcohol, tobacco, and by implication, recreational drugs. Non-restrictive divorce laws. An attitude of anti-militarism.

While this prescriptive path is not identical to that of St. Paul the Apostle, Lifecraft, with its emphasis on justice rather than victory, at least finds Seton and Paul in agreement on important deep fundamentals. Far from deserving listing on Seton’s enemies list, Paul and Seton could well have been on one another’s friends list.