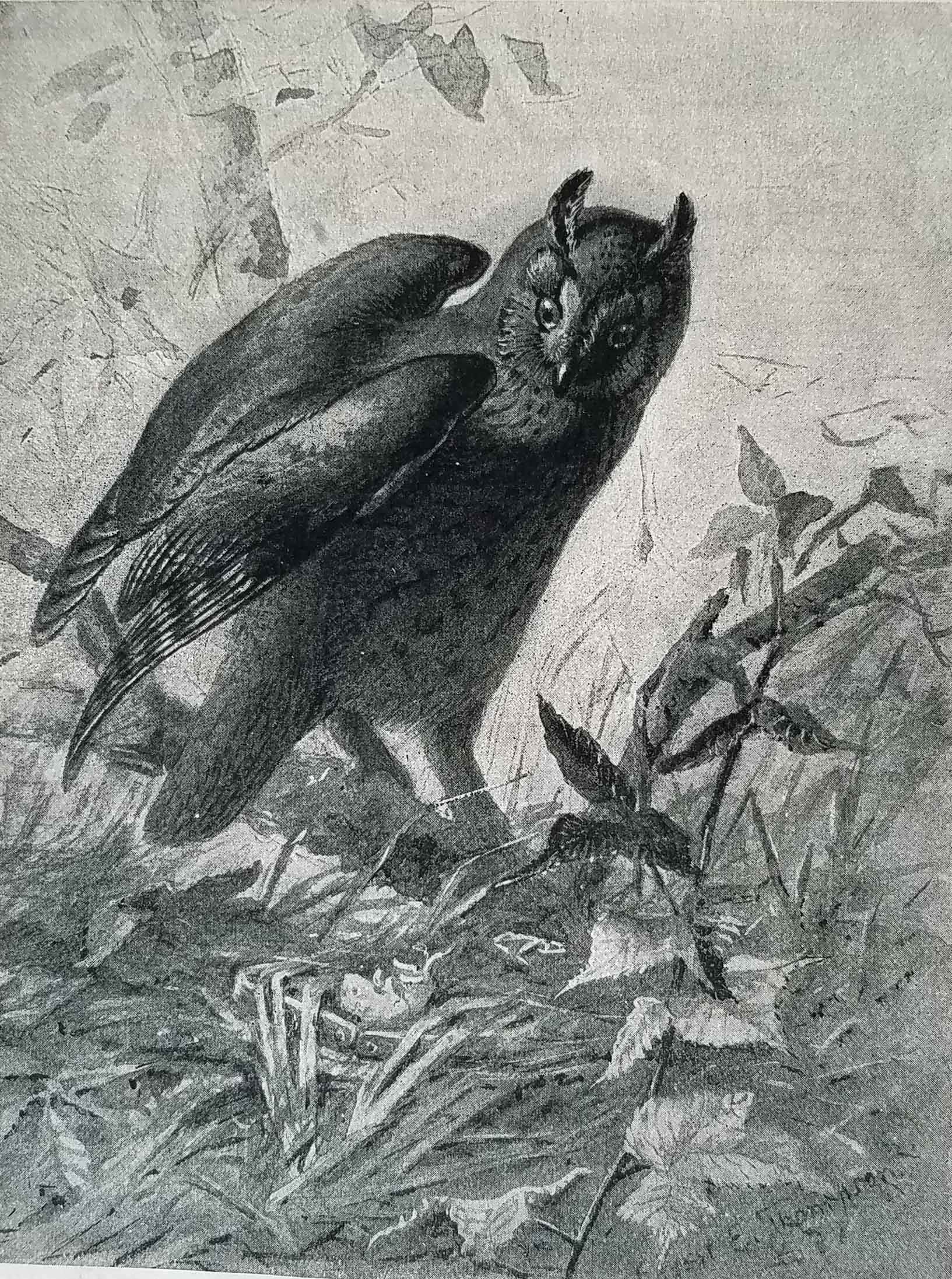 In December 1893, while chasing Lobo in New Mexico, Our Animal Friends magazine printed Seton’s article about the Long-eared owl. [One year’s subscription for $1.00, “payable strictly in advance,” or 10 cents per copy.] Since it included his finished illustration of Asio otus, Seton likely submitted it prior to his wolf hunting trip. During that time, he poisoned a number of animals in his quest for predator control, seemingly at odds with the goals of the magazine’s owner, The American Society for the Prevention of Cruelty to Animals. As noted elsewhere on this website, Seton ended his New Mexico sojourn less than two months later on his way to becoming repentant for the damage he had inflicted on our animal friends.

A tear-sheet of this short article is found in the Seton archives at the Academy for the Love of Learning.

Although he had already legally changed his name to its more familiar form, at this time (and for a few more years), he wrote under the last name of Thompson.

Not Caught Yet By Ernest E. Thompson

THERE is no mistaking the feathered cat that forms the subject of our illustration. The long-eared owl is well known in all temperate parts of America, and may be seen mousing over field, grove, and prairie from the Atlantic to the Pacific, although its shyness and its habit of flying chiefly at night make it seem more scarce than it really is.

You may think there is a wicked look in her eye, that she is a naughty owl who has been up to some mischief. You wrong her. Like the furry cat, she is a clever mouser, and on rare occasions kills small birds. This latter weakness has made many enemies for puss in feathers, and traps are often set to catch her. [This bird is sometimes called a cat owl.] But the owl in our picture was too quick. She saw the danger before she tried to secure the tempting bait, and flew safely away to find her supper somewhere else.