Seton, Humboldt and the Recognition of Nature 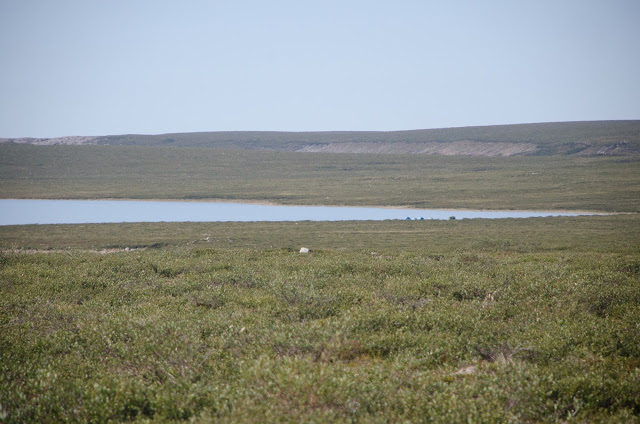 In the first two volumes of Lives of Game Animals, Seton repeatedly returns to the theme of wildlife conservation, calling for preservation while at the same time doubting that his efforts can be successful. In the third volume, his strikingly gloomy essay “The Lament” predicts not only a bad end for our wild kindred, but for our civilization as well: “The end is in sight. Desolation sweeps from sea to sea.

Seton clearly referred to the end of wild nature—which Bill McKibben exactly named in 1989—but compared also to John Muir, whose environmentalist critique was more direct, Seton’s remains oblique. I searched for “nature” in the indexes to Seton’s autobiography, in Julia Seton’s By A Thousand Fires, in the biographies written by Keller and Anderson, and then even in my own book. The word does not appear, not withstanding that whether Seton was writing about wildlife, aboriginal American cultures, or outdoor education for youth, the common element in each is—nature.

Is nature so close that we don’t see it? And if that is the case, what is “nature?” This is an important question, for how do we protect and preserve something unless we can first name it? We can name the danger, most dramatically the spate of alarming reports in July and August 2016 suggesting that the theoretical “tipping point” for the climate may have reached, as global high temperature records seem on the brink of spiraling out of control. (For Example see the NASA report, August 31, 2016.

“Nature” is endangered. But what does that mean?

The Invention of Nature

In The Invention of Nature, Alexander Von Humboldt’s New World—Andrea Wulf’s biography of the German adventurer, philosopher, and scientist—we find a way into this subject. In his great 1807 masterwork, Essay on the Geography of Plants, Humboldt defined nature as being “a reflection of the whole.” (Wulf, pg. 128.) He further wrote, “In this great chain of causes and effects, no single fact can be considered in isolation.” (Wulf, pg. 5.) Henry David Thoreau and John Muir said much the same—a direct reflection of Humboldt’s influence upon them both.

A reflection of the whole, a connection of causes and effects includes all that we may define as wild-nature, natural habitats along with their inhabitants, nature is all that outside stuff, but also us with our destructive ways. According to Wulf, the first person to make that connection was Humboldt. His study of nature, a combination of Enlightenment empiricism (named “science” in the 19thcentury) and the emotional (e.g. poetry, painting, creativity) became a new means of interpreting the world—known as natural history. Wulf shows that everyone from Darwin (to Seton whom of course she does not name) to today’s environmentalists are beneficiaries of Humboldt’s brilliant insights, for all that activists have remained unaware of their historical linage.

During Humboldt’s exploration of the Americas (1799-1804), he observed, “What speaks to the soul escapes our measurements.” (Wulf pg. 72.) But that soul recognition did not escape the lyrical landscape appreciations of Muir or the wildlife observations of Seton. If you don’t already know the emotions brought up by natural history, try reading the last three paragraphs of “Lobo, The King of Currumpaw” to a live audience without getting choked up. (Apparently, Seton himself had a difficult time getting to the end when he related the Lobo story.) Thoreau observed, “the most interesting and beautiful facts are so much the more poetry.” (Wulf, pg. 259) It is almost as if Thoreau was anticipating Seton’s work.

Seton was familiar with Thoreau’s work, but did not leave a direct account of the authors who had the most direct impact on his philosophy of nature. One clue I have is the late inventory of books from his Seton Castle library. That list, although long, represents only a fraction of the original collection. It does include Humboldt’s famous work Cosmos, A Sketch of the Physical Description of the Universe (1845-1862) whose readers included, (besides Seton) according to Wulf: Darwin, Thoreau, Muir, Ralph Waldo Emerson, early environmentalist George Perkins Marsh, and artist/scientist Ernst Haeckel. Although I did not find another Humboldt book in the collection, Seton used his Personal Narrative of Travels to the Equinoctial Regions of America (1852 edition) as a source for his chapter on the Jaguar in Lives of Game Animals. I cannot (for the moment) establish whether or not Seton read Emerson, Marsh, and Haeckel, but he certainly would have known of them.

Wulf selected only a handful of artists, scientists, writers, and naturalists—out of countless thousands—who were influenced by Humboldt. Seton as naturalist, as explorer/wilderness adventurer, as observer and admirer of native cultures, as educator, writer and artist, as reconciler of head and heart (science and emotion), as both pragmatist and lyrical interpreter of nature, is surely beneficiary (along with many of us today) of the intellectual path forced by Humboldt over two centuries ago.

I was struck by another important similarity between Seton and Humboldt. I have written (as has Seton biographer Brian Morris) that Seton has become largely invisible to our contemporary life due to the pervasiveness of his ideas about conservation, ecology, education, environmentalism, and perhaps most importantly, animal sentience. Wulf points out that Humboldt became famous in his own time for his worldview: “His vision of nature has passed into our consciousness as if by osmosis. It is almost as though his ideas have become so manifest that the man behind them has disappeared.” (Wulf pg. 335) She also writes, “Humboldt’s interdisciplinary approach to science and nature is more relevant than ever…His concept of nature as one of global patterns is more relevant than ever.”

Humboldt and the line of thinkers descended from him have attempted to prove that we are not separate from nature. The lesson we can take from them is that what goes on in the environment around us, from evolution to pollution, from habitat preservation to species extinction is “a reflection of the whole.” The question for wild-nature and humanity-civilization is: will we recognize that wholeness—the very definition of nature—while there is still time to save some of the goodness in the world that remains, both the natural and the human-made?