Seton at the Battle of Langside Part V 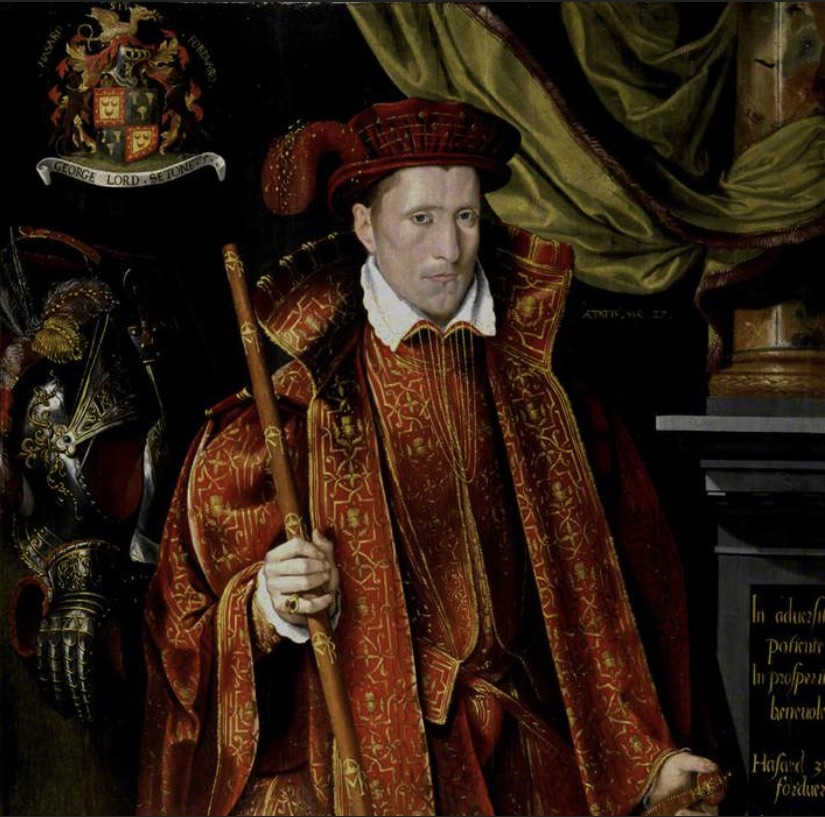 Imagine that you have a friend so devoted that he would do anything on your behalf. Even if this meant giving his life in your defense. The questions of who would you die for or who would you kill for are not trivial. Make your own list in answer. Really, do it.

It is exactly that relationship that George Seton, Fifth Lord Seton (or G5 as I will call him) maintained with Mary Queen of Scots (MQS) throughout her life. More than once he spared himself not at all in her service. One important instance: the Battle of Langside. As we have seen in the Langside IV blog, Mary’s forces made a miserable showing in that engagement under, among others, G5. In the event, Seton was captured by the forces of Lord Moray, the Regent of Scotland. All that remained was Seton’s certain execution.

Remarkably, he wasn’t executed. We will go back in time to review a very few highlights of G5 Seton’s relationship to Mary, then forward in time past the Battle of Langside to the end of Seton’s life.

G5’s dad was, not surprisingly, George IV. Born in 1503 he survived no less than four incursions by the English over his East Lothian properties. G4 was the latest in a 300-year run of the Seton-Winton family in Scotland which has continued for another 500 years into the present in Canada, the U.S. and presumably still in the old world. The word tenacious comes to mind.

G4’s sister Marion Seton became a Lady in Waiting to Mary of Guise (1515-1560) a powerful figure in her own right: once married to James V of Scotland. The Guise family was one of the most influential in France, maintaining blood and political ties to Scotland. This Mary’s daughter became Mary Queen of Scots who spent much of life in the company of Marie Seton, half-sister to G5.

Born into a political family of ardent Catholics in 1531, G5 knew MQS (1533-1603) from early childhood. Both were educated in France. Seton was there for her during negotiations between Scotland and France culminating in her marriage to Francis II in 1558. (The process leading to the marriage between these two had begun ten years earlier.) Tragically, Francis, King of France, died less than two years later setting his widow up for a largely unhappy life.

All Is Political In Scotland

In the meantime, G5 had his hands full back home. Limited scale warfare broke out between the Scots of the Reformation and the Catholic Scots. The “Confederation” Protestants attacked Glasgow in 1559. G5 (Provost of Glasgow) and French allies drove them out for a short-lived victory until England came to the aid of the Confederation. G5 made one of many trips across the Channel requesting French military intervention (which didn’t happen).

MQS began her ill-fated term as Queen in 1561 supported by G5 as a Privy Councilor (political advisor and spin doctor). G5 knew and supported (or at times didn’t support) MQS in her marriage alliances with Henry Stuart (Lord Darnley) and later, James Hepburn (Earl of Bothwell).

Both marriages failed. MQS took refuge or made visits to various Seton family castles from time to time until her imprisonment in 1567. G5 came to her assistance after escape from prison and thence on to the ill-fated Battle of Langside in 1568.

As we have seen, James, Lord Moray, Regent, and soon thereafter King of Scotland locked up G5 for his role in all this.

In reply to his coming execution, G5’s reply, quoted in “Lettres de Marie Stuart”: “Let others decide what I deserve…But I would have you know that, even if you cut off my head, as soon as I die there will be another Lord Seton.” (Even at this time, the name was still sometimes spelled Seytoun in the original documents.) Seton languished in Edinburgh Castle. MQS asked her uncle, the Cardinal of Lorraine, to lobby for his release.

But it was Elizabeth I who approved his release, giving him a pass from Berwick to London to France in 1569. G5’s wife, Elizabeth Hay, also arrested for support of MQS, (she had been accused of handling secret correspondence on behalf of MQS) was released as well. They ended up in Flanders. Having lost everything, G5 reputedly made a living as a “waggoner.”

G5’s circumstances improved enough that he soon represented Mary in a request to get Scots troops and Spanish troops to intervene on Mary’s behalf. Seton was arrested for causing trouble, but once again was released after a good word was put in for him by Scottish allies.

Could This Get Any More Complicated?

In January 1570, MQS’s half-brother, James, became the first known politician killed by an assassin wielding a gun. (Guns don’t kill people—people kill people?); MQS remained imprisoned (thanks to Elizabeth); G5 returned from Flanders to help. MQS and G5 came up with a new plan: get military help from Spanish General Alva whose forces were occupying the Netherlands. (Didn’t work out.)

Over the next two years G5 and his sons—all back in Scotland—continued their advocacy for MQS. While other Catholic families were obliterated, the Seton’s managed their opposition without getting killed. It seems that neither King James nor his successors could bring themselves to get rid of the Setons. The reason for their continued survival when so many others were being killed remains obscure to me.

BUT—James IV (son of MQS) seems to have ended up favoring G5 who returned to his political position on the Privy Council, the only Catholic. The King even officially allowed Mass to take place at Seton Castle. A really big deal at that point.

Déjà vu All Over Again

Having earned the trust of James IV, the King sent G5 to France in 1583 to renew a treaty of friendship between the two countries. G5 instead took the opportunity to lobby Henry III and Catherine de Medici to change their allegiance from James to MQS. One could reasonably suppose that this was not a good idea. G5 returned home and once again was not executed for treason, but likely got tossed from the Privy Council once more.

G5 died on 8 January 1586, presumably of natural causes. Many of his ancestors had not been so fortunate. Mary I was executed thirteen months later.

Numerous sources for this blog including The House of Seton by Sir Bruce Gordon Seton.