Seton at the Battle of Langside Part II 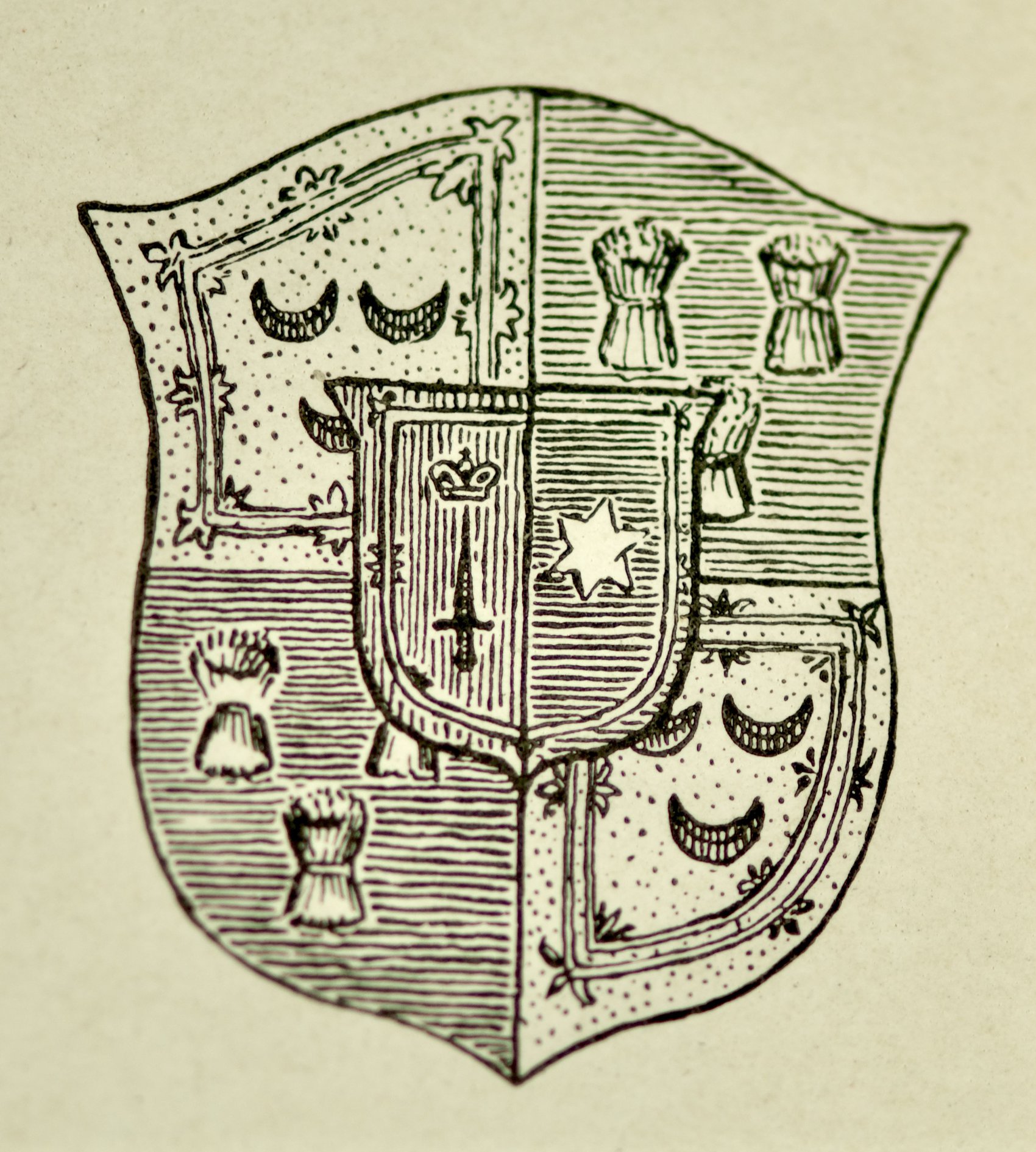 I first heard this work in the 1969 American release of the Pink Floyd album Ummagumma. Only much later did I begin to understand “Several Species Of Small Furry Animals Gathered Together In A Cave And Grooving With A Pict.”

The clues in Waters’ spoken word are the reference to Mary Queen of Scots and the defeat of one of her partisans in battle. (See Part IV of this series for an account of the battle itself.)

Decades later I saw the 2018 movie Mary Queen of Scots. A minor character in the film was “Mary Seton.” Missing from the film: George, Fifth Lord Seton. Seton played an extraordinary role in Mary’s life throughout nearly all her life. Including taking a leading role in the Battle of Langside. Much more about him in another blog post. (Mary—actually Marie—was George’s half-sister and a nearly life-long companion to the Queen.)

My ongoing research on Mary and George led me to a web site whose address I can no longer find: A researcher, Dan Masters, made the connection between Pink Floyd and Langside.

Credit Rogers Waters for the original. Credit Dan Masters for the interpretation.  Here follows their artistic interpretation of this little known battle of huge consequences. I’ll follow up with a historical account published by William Robertson, D.D. in the eighteenth century.

In the meantime, the rest of this blog comes from Dan Masters.

Lyrics to Several Species by Roger Waters according to Dan

The fear of fallin’ down aft’ taken, never back to rise (10)

“Never”, I cried. “Never shall ye get me alive

Well, I snapped (17) for a blade and a Claymore cut and thrust

And I fell down before him ’round his feet.

Aye, a roar he cried! Frae the bottom of his heart

And the wind cried Mary.

A bit of mackerel and crab in the ruin and fear, and then I trekked down through the hillside farmland. I tripped and fell hard in some mud, and I shivered, and I cried with the fear of falling in battle, never to rise again.

And then, with the battle-cry of “Mary!”, I tucked my shirt into my belt and I raised my sword and waved it above my head as I ran down, down a small path, and back into the fields, the bloodied mud caking on my feet.

“Never”, I cried. “Never will you take me alive, you rotten dog of Hillside Creek!”

Well, I struck for his blade, but he parried and thrust, and I fell down before his feet.

And he cried in anguish, from the bottom of his heart, that I would not submit, but would instead die a valorous death.

And the wind cried “Mary…”

(I admit that “Hillside Creek” isn’t the best translation, but I was trying for a place name, and this was the best I could come up with. Any better suggestions?) DM 27 July 2008

Originally, I had included a link to a website that explained the not only the choice of lyrics (ie, “And then cried Mary” as opposed to the commonly misheard “And then Craig Marion”) and the meaning of the Scots words. Unfortunately that website is now closed.

Fortunately I managed to copy that page before it had shut down, and I can add the text of it for this site; so not only do you get the lyrics, but what they mean. Please note it was not copyrighted in anyway at all.

The key to deciphering these lyrics is to have a rough idea of what the story’s about. The first clue is the word “Claymore” which refers to a broadsword that was popular in Scotland around the 16th century. Because the word “Mary” is in the lyrics, I took a wild guess that this might be an account of the famous defeat of Mary Queen of Scots at the battle of Langside that took place in the 16th Century. Then things just started to fall into place. Here’s my translation with explanations below:

(For what it’s worth, lyrics were transcribed by yours truly, Dan Masters. Here’s the copyright notice, but you are free to use and distribute. Just mention my name so I can brag to my friends. Copyright 2009 Dan Masters)

Word Glossary One Thru Ten by Dan Masters

1) Fiddler — Previously, the best available translation of this word was settler. It’s a good attempt, but makes no sense in the context. The beginning consonant is definitely an ‘f’. The word ‘fettler’ has several meanings that would have been very familiar in the vicinity of 16th Century Glasgow, the most appropriate of which is ‘a part time worker’. However, the word is more likely ‘fiddler’. This term, when used in the context of other seafood (Mackerel) would have brought to mind fiddler crabs. It’s interesting that soldier rations of the day included mackerel and crab.

2) Rack – This word had multiple meanings in 16th Century Scotland. Assuming this is an account of a great battle, the most appropriate definition is ‘rubble associated with battle’.

3) One common definition of ‘rut’ for that period is ‘route’ and was typically used in a military context. ‘Rutted’ would be in the sense of ‘trekked’.

4) Hade – ‘Haem’, meaning ‘home’ was an attempt for this word but it clearly ends with a’d’ sound; not ‘m’. In the mining regions, such as the Langside area, a hade was a familiar term meaning sloping land or an area of unplowed land. This will make more sense after seeing item #5.

5) Furrow – To date there has been no satisfactory interpretation. The term, if you mentally separate it from the reverb, sounds like ‘furruh’ (with the rolling ‘r’). Now, a furrow is the groove formed by a plow and, in verse, often refers to plowed land. Taken together with ‘Hade’, the picture of sloping farmland, plowed and unplowed farmland, comes to focus. Interestingly, Langside was at that time surrounded by sloping farmland! Historically, Mary’s troops had descended from the “High Road” toward Langside as part of a troop maneuver. Thus the phrase “Rutted down by the Hade and the Furrow” makes perfect sense.

9, 10) ‘Shied’ was a term meaning, ‘to grow afraid or apprehensive’. The whole picture, then, is of someone slipping and falling down in mud (after all he was walking downhill through farmland) and becoming apprehensive for some reason. Why? — Because falling down in mud made him think of falling down while in battle but never getting up. Thus “…And I cried, cried, cried, the fear of fallen down aft’, taken never back to rise.” (Shied, cried and rise all have the ‘ai’ sound with the Scottish accent).

11) Some interpret the next words to be “And then Craig Marion”. The other suggested interpretation is, “And then cried Mary and…” This interpretation makes much more sense in the context of the lines that follow as will be shown. Evidently, Mary Queen of Scots gives the battle cry and then the troops charge. Either that or the narrator cries out Mary to indicate his allegiance and build courage before charging.

12) “Tucked up” is the term that has been mistakenly translated “took that” or “get out”. In the 16th Century, when a peasant soldier in typical garb–a long over-shirt–was ready to charge he would first “tuck up”, which meant that he would put folds in his loose shirt and tuck it under his belt to keep it tight. It was this action and the resulting folds that gave birth to the kilt as part of the traditional Scottish military uniform.

13) About – it sounds like he’s saying “Claymore out and abott”. Actually, ‘abotte’ was an alternate spelling/pronunciation of ‘about’ at that time.

14) Mechyn Sty in the 16th Century meant “humble path”. History reports that Mary’s troops charged down a small path and into battle. Remember, sty would be pronounced stay with the Scots accent.

15) Hore – Filth. Not positive this is what he says, but if this is right, then the narrator runs down to a field, falls in mud, gets up, runs down a little path and then back into filth that surrounds his feet. But why would it say ‘back’? Not sure. Another possible interpretion is that after he runs down the path he runs onto another field (possibly a field of battle) where blood has mixed in the ground – a bloody mess or “fiery hore”.

16) Burnie Brae – A burnie is a smallish river. Brae is pronounced like Brew which may be the reason why some have mistakenly interpreted it to be crew. A Brae is a hillside at a crook in a winding river. Guess what? There is a street in the Langside area called “Burnie Brae”. Interestingly, “Burnie Brae” is a common place name and street name in Scotland.

17) Snapped is synonymous with snatched.

18) Feat Deah – “deah” was a common Scottish word meaning “meaningful” or valorous. “Feat” is a deed” So this basically means “deed of valor”. He actually says something like “deah” twice and I haven’t figured out why. Sounds like he got it wrong the first time and then corrected himself.

To me, it sounds like the last “deah” is just the echo. If you listen, there is an echo running all through the Pict’s narration.  DM 22 July 2008 (EDT)