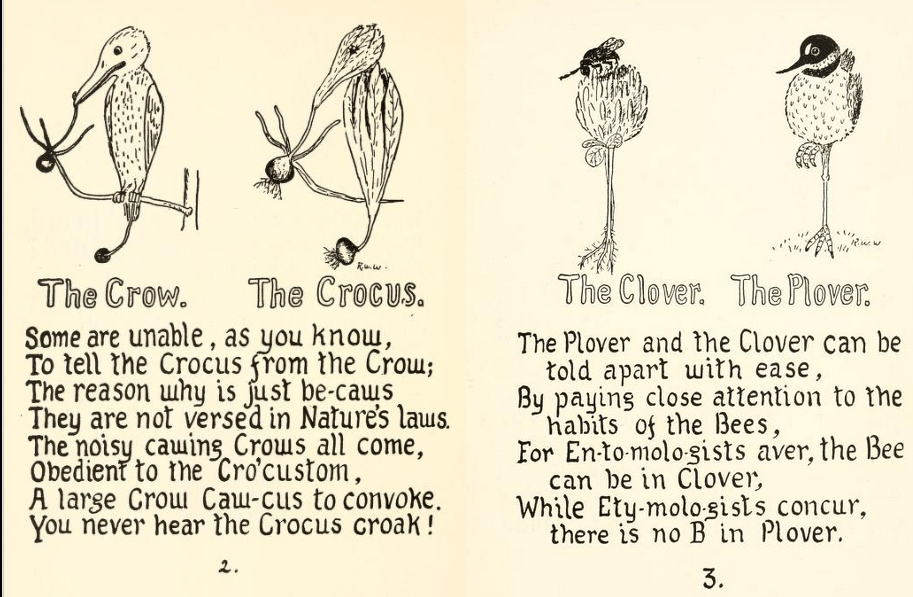 How to Tell the Birds from the Flowers, Robert W. Wood, 1907

Unfortunately for Seton, the Nature Faker controversy just would not die down. Having seemingly run its course in June 1907, it flared back up in the September issue of Everybody’s Magazine.

The September foray into natural history began with a defense of President Theodore Roosevelt, following an interview published in June. The focus remained on William J. Long whose fanciful stories irritated the President. Long had attacked Roosevelt for not being a naturalist. Roosevelt responded in kind.

The magazine asked other naturalists to weigh in supporting Roosevelt and refuting Long. Among them, William T. Hornaday, director of the New York Zoological Park (and notorious racist). One of the most prominent biologists of the time C. Hart Merriam attacked Long as well. Hornaday and Merriam considered Seton a colleague, and while none of them attacked Seton, none of them defended him either. At least not in this forum. This left Seton all too vulnerable, even as he must have desperately wanted to steer clear of Roosevelt vs. Long.

Roosevelt and why it mattered

“We owe a real debt to the men who truthfully portray for us, with pen or pencil, any one of the many sides of outdoor life…whether they are scientists proper, or hunters of game, or lovers of all nature—which indeed, scientists and hunters ought also to be. John Burroughs and John Muir, William Hornaday, Frank Chapman, J.A. Allen, Ernest Ingersoll, Witmer Stone, William Cram, Seorge Shiras—to all of these and to many like them whom I could name, we owe much….”

He did not name Seton who knew most or all of the others on the list.

Roosevelt was just getting started—it was not, according to the President, just white writers who knew nothing about nature. He wrote,

“In the wilderness, as elsewhere, there are some persons who do not regard the truth; and these are the very persons who most delight to fill credulous strangers with impossible stories of wild beasts. As for Indians, they live in a world of mysticism, and often ascribe supernatural traits to the animals they know, just as the men of the Middle Ages, with almost the same childlike faith, credited the marvels of the unicorn, the basilisk, the roc, and the cockatrice.”

Roosevelt must have been totally baffled at how indigenous peoples managed to survive in the North American wilds before the white man showed up to patiently explain to them how to live with nature.

And Now for Something Not Completely Different

And yet, while Seton’s understanding of animals so far eclipses that of Roosevelt’s makes comparing the two an exercise in absurdity, Roosevelt’s view has prevailed. Seton, once a cold-blooded animal killer himself before his encounter with Lobo, at least developed a consciousness about the consequences of his actions. The Rooseveltian view of nature as something to be exploited as resources or aesthetically as islands of pleasing National Parks and reserves continues unabated.

In the 1920s Seton prophesied (guaranteed) the final ruin of our civilization through our wanton, ever accelerating destruction of nature. Roosevelt would no doubt have dismissed this as yet another “fairy tale” as idiotic as the idea that a wolf could experience love.