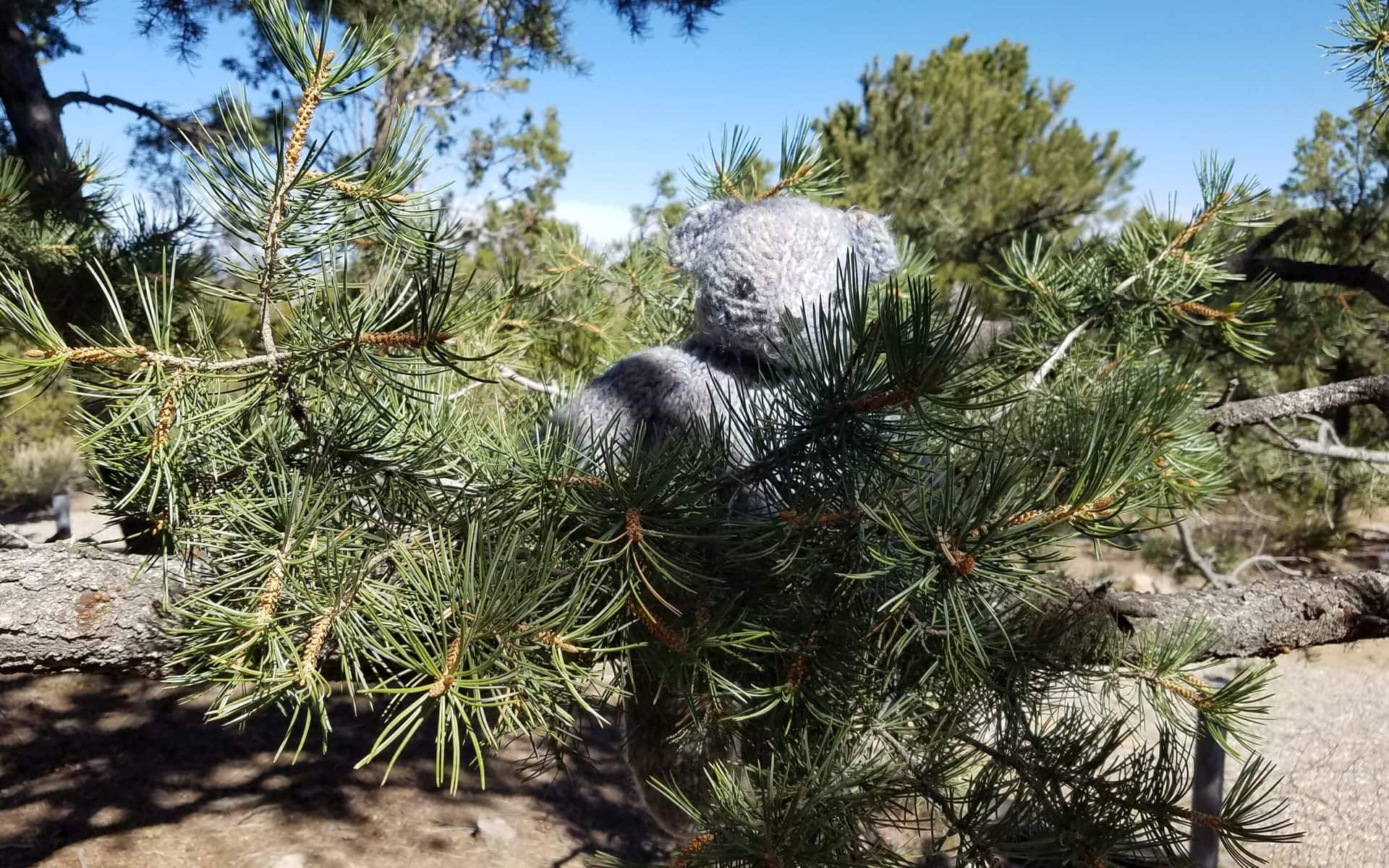 This is the second installment of John Burroughs’ 1903 attack on the credentials of Ernest Thompson Seton as a legitimate “naturalist.” Burroughs published a long essay calling into the question to accuracy of several writers. At this early date Burroughs was not familiar with ethology, nor could he have imagined that in telling his readers to discount those “naturalists” who really didn’t know all that much, that he would inadvertently be dooming much of his own work to irrelevance. As in the first part, this is an excerpt from a much longer work concentrating on Burroughs’ thoughts about Seton’s writing.

Also check this out on the intelligence of crows.

As the Crow Flies

Or take his story of the crow — Silver Spot; how truthful a picture is this? how much of the real natural history of the crow is here? According to my own observations of more than half a century, there is very little. In the first place, that these natural leaders among the fowls of the air ever appear I have no evidence. I have known crows almost as intimately as I have hens from my boyhood, and I have seen no evidence of it with them.

For forty years I have seen crows in winter, in different parts of the country, passing to and fro between their rookeries and their feeding grounds, and I have never seen anything like leadership among them. They leave their roosting place sat daybreak and disperse north and south or east and west to their feeding grounds, going in loose, straggling bands and silently, except in early spring and when they first leave their rookeries; and they return at night in the same way, flying low if it is stormy and windy, and high if it is calm, rising up or sheering off if they see a gunner or other suspicious object, but making no sound, uttering’. no signal notes. They all have eyes equally sharp and do not need to be warned. They are all on the alert.

When feeding, they do post a sentry, and he caws when danger approaches, and takes to wing. They do not dart into a bush when pursued by a kingbird or a purple martin; they are not afraid of a hawk; they cannot count six, though such traditions exist (Silver Spot could count thirty!); they do not caw when you stand under them in winter to turn their course; they do not drill their young; they do not flock together in June; they cannot worry a fox into giving up half his dinner; they do not, so far as we know, have perpetual sentries; they have no calls that, we can be sure, answer to our words, “Mount,” “Bunch,” “Scatter,” “Descend,” “Form line,” ” Forage,” — on these and other points my observations differ radically from Mr. Thompson Seton’s.

Crows flock in September. Through the summer the different families keep pretty well together. You may see the old ones with their young foraging about the fields, the young often being fed by their parents. It may be permissible to say that the old are teaching the young how to forage; they are certainly Betting them an example, as the mother hen or mother turkey is setting her brood an example when she leads them about the fields.

What Does It All Mean?

The cat brings her kitten a mouse, but does she teach him how to deal with the mouse? Does he need to be taught? From my boyhood I have seen that yearly meeting of the crows in September or October, on a high grassy hill or a wooded ridge. Apparently all the crows over a large area assemble at these times; you may see them coming, singly or in loose bands, from all directions to the rendezvous, till there are hundreds of them together. They make black an acre or two of ground. At intervals they all rise in the air, wheeling about, all cawing at once. Then to the ground again or to the treetops, as the case may be; then, wheeling in the air, they send forth the voice of the multitude.

What does it all mean? Ask our romancers; they can tell you, I cannot. It is the meeting of the clan after the scattering of the breeding season, and they seem to celebrate the event. The crow is gregarious, he is social, he seems to have a strong community feeling; he will act as sentinel for the safety of his fellows.

I have never seen crows quarrel over their food, or act greedy. Indeed, Iam half persuaded that in hard times in winter they willingly share their food with one another. Birds of prey will rend one another over their food; even buzzards will make some show of mauling one another with their wings; but I have yet to see anything of the kind with that gentle freebooter, the crow.

What their various’ calls mean, who shall tell? That lusty Caw-aw, caw-aw that one hears in spring and summer, like the voice of authority or command, what does it mean? I never could find out. It is doubtless from the male. A crow will utter it while sitting alone on the fence in the pasture, as well as when flying through the air. The crow’s cry of alarm is easily distinguished; all the other birds and wild creatures know it, and the hunter who is stalking his game is apt to swear when he hears it. I have heard two crows in the spring, seated on a limb close together, give utterance to very many curious, guttural, gurgling, ventriloquial sounds. What were they saying? It was probably some form of the language of love.

One very cold winter’s morning after a fall of nearly two feet of snow, as I came out of my door, three crows were perched in an apple tree but a few rods away. One of them uttered a peculiar caw as they saw me, but they did not fly away. It was not the usual high-keyed note of alarm. It may have meant “Look out!” yet it seemed to me like the asking of alms: “Here we are, three hungry neighbors of yours; give us food.” So I soon brought out the entrails and legs of a chicken, and placed them upon the snow.

The crows very soon discovered what I had done, and with the usual suspicious lifting of the wings approached and devoured the food or carried it away. But there was not the least strife or dispute among them over the food. Indeed, each seemed ready to give precedence to the other. In fact, the crow is a courtly, fine-mannered bird. Yet suspicion is his dominant trait. Anything that looks like design puts him on his guard. He suspects a trap. A string stretched over and around a cornfield will often keep him away. His wit is not deep, but it is quick, and ever on the alert.

Since Mr. Thompson Seton took his reader into his confidence at all, why did he not warn him at the outset against asking any questions about the literal truth of his stories? Why did he not say that their groundwork was fact and their finish was fiction, and that if the reader find them entertaining, and that if they increase his love for, and his interest in, our wild neighbors, it were enough?

We Are Not Deceived

It is always an artist’s privilege to heighten or deepen natural effects. He may paint us a more beautiful woman, or a more beautiful horse, or a more beautiful landscape, than we ever saw; we are not deceived even though he out-do nature. We know where we stand and where he stands; we know that this is the power of art. But when he paints a portrait, or an actual scene, or event, we expect him to be true to the facts of the case. Again, he may add all the charm his style can impart to the subject, and we are not deceived; the picture is true, perhaps all the more true for the style.

Mr. Thompson Seton’s stories are artistic and pleasing, but he insists upon it that they are true to the fact, and that this is the best way to write natural history. “I believe,” he says in his preface, “that natural history has lost much by the vague general treatment that is so common.” Hence he will make it specific and individual. Very good; but do not put upon our human credulity a greater burden than it can bear.

His story of the pacing mustang is very clever and spirited, but the endurance of the horse is simply past belief. What would not one give for the real facts of the case; how interesting they would be, no matter how much they fell short of this highly colored account! There should be nothing equivocal about sketches of this kind; even a child should know when the writer is giving him facts and when he is giving him’ fiction, as he does when Mr. Thompson Seton makes his animals talk; but in many of the narrations only a real woodsman can separate the true from the false. Mr. Thompson Seton constantly aims to convey the idea to his reader that the wild creatures drill and instruct their young, even punishing them at times for disobedience to orders.

[Burroughs makes brief mention of Long who he likes less than Seton before continuing.]

Mr. Long doubtless got the hint of his ridiculous book from Mr. Thompson Seton’s story of the crow, wherein he speaks of a certain old pine woods as the crows’ fortress and college: “Here they find security in numbers and in lofty yet sheltered perches, and here they begin their schooling and are taught all the secrets of success in crow life, and in crow life the least failure does not simply mean begin again. It means death.” Now the idea was a false one before Mr. Long appropriated it, and it has been pushed to such length that it becomes ridiculous. There is not a shadow of truth in it. It is simply one of Mr. Thompson Seton’s strokes of fancy.

The crows do not train their young. They have no fortresses, or schools, or colleges, or examining boards, or diplomas, or medals of honor, or hospitals, or churches, or telephones, or postal deliveries, or anything of the sort. Indeed, the poorest backwoods hamlet has more of the appurtenances of civilization than the best organized crow or other wild animal community in the land!

[Many paragraphs follow in which Burroughs refutes the importance of juvenile animals learning from adults. He is not infrequently more clever than accurate.]

What Mr. Long and Mr. Thompson Seton read as parental obedience is simply obedience to instinct, and of course in this direction alone safety lies, and there is no departure from it….