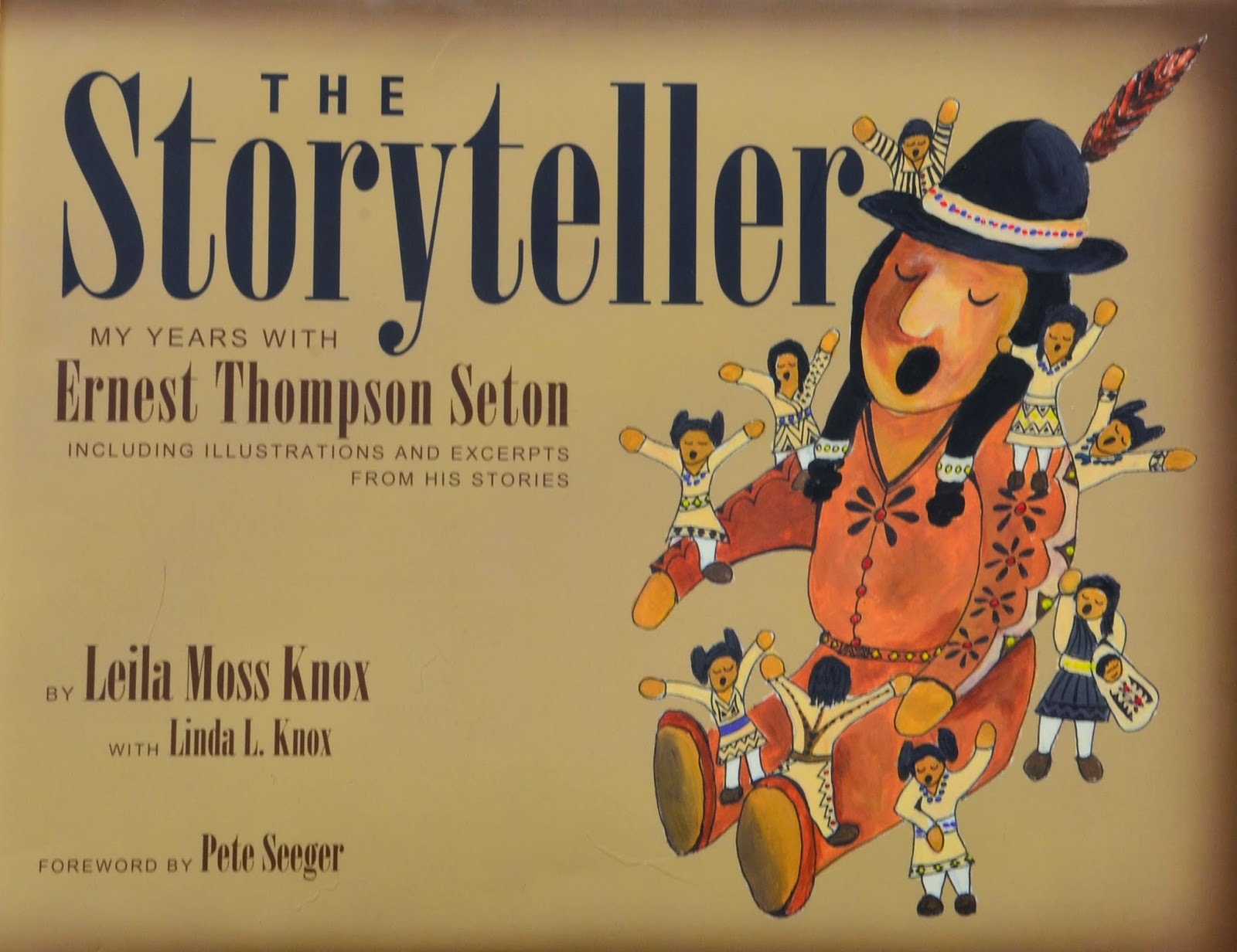 Seton has been the subject of several biographies, from children’s books to dissertations to an exhibition catalog (mine!). Most of his biographers were too young to have known Seton; to my knowledge Jack Samson was the only one who met him. It turns out there is an important exception to this.

Leila Moss Knox, Julia Seton’s niece, not only knew the Setons but also lived with them in the 1930s. And now, most fortunately for us, she has written about the experience in The Storyteller: My Years With Ernest Thompson Seton, Including Illustrations and Excerpts From His Stories. I have known about the production of this work for some time and was fortunate enough to read the manuscript in early versions. Seeing the final product shows that it was worth the wait.

With its release we have a fascinating, charming, and insightful account of Seton as he was in the 1930s when Leila Knox was a young girl living at the Castle for three years. Those of us who write biographies can read Seton books, peruse documents in archives, review photographs, and even recreate some of his adventures by following in his footsteps. Historians can learn a great deal from various sources, bringing our own experience as researchers and expertise as writers to interpreting our subject for readers.

Various “Seton’s” emerge based on the perspectives, prejudices, and filters applied by any particular historian. Leila’s book, however, is unique for she brings to it her first hand memories. The Seton who emerges here is the one that many of us may have hoped for. He is a funny, kind, and loving man who also lives up to the Woodcraft ideals he espoused. He is, for me, the man I wanted to know. The “Seton” described in my book can be very hard-edged and at times not particularly nice. Although combative and contrarian, I always suspected that he could also project considerable warmth. The “Seton” in this book is the one you would have wanted to know—the naturalist, the genuine friend and admirer of native peoples, and always, the engaging and charismatic storyteller.

Leila herself has a knack for storytelling as well as an incredible power of recall that she credits in part to her training by Seton and Julia in the skill of “Quicksight” (Chapter 19) where she must commit objects and shapes to instantaneous memory. We are most fortunate to have had such an acute observer on the scene. She sets it all up from the first sentence: “When I was a little girl, I lived in a castle.”

Weaving together her own story with that of the Setons, she also presents excerpts from Lobo, Johnny Bear, the Slum Cat and many others. She had the great privilege of hearing them directly from Seton at the Castle and during their travels around New Mexico and elsewhere.

The book is written for early readers as were many of Seton’s stories. And as with those stories, Leila’s account can be enjoyed by any of us who want to know about what the Chief was like at home and about Seton Village itself in the early decades. Seton fans can look forward to a reading an enchanting account packaged in a beautifully designed volume.

No one lives in the Castle now (although I sometimes sleep there under the stars on warm nights), but it comes alive again with this account of its builder and the life he led there. The Storyteller is not to be missed by anyone who has admired Seton or has had their lives changed for the better by coming into contact with his stories.

The book has been released this month, for information go to setonthestoryteller.