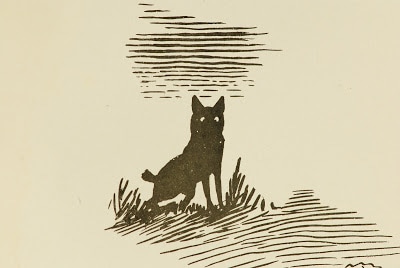 Seton’s published account of the Lobo story came out in the November 1894 issue of Scribner’sMagazine – ten months after the wolf’s death. Repackaged with other stories late in 1898, his book Wild Animals I Have Known became an immediate best seller. The book has remained in print to this day. The story of Lobo and Blanca was featured in the 2008 BBC/PBS Nature documentary “The Wolf That Changed America.”

But what of Seton’s personal story? On the day of Lobo’s death Seton made ready to leave New Mexico, a sudden and unexpected change of plans. Somehow, having touched Lobo and looked into his eyes, the wolf hunter could not bring himself to hunt another wolf. Ever.

I have told of Seton’s personal transformation from wildlife killer to wildlife protector in Ernest Thompson Seton, The Life and Legacy of an Artist and Conservationist so need not repeat all of it here. Yet it is important to point out that if one were to read the Lobo story while knowing nothing else of Seton, its complete meaning would be missed. Readers of the late 19th and early 20th century were able to follow the progress of his personal development through what he wrote. Seton became ever more adamant about the need to protect wild nature, so much so that he became, along with John Muir and Theodore Roosevelt, one of the godfathers of today’s environmentalism.

Another way to put this is that the three month period covered in the Lobo story is but one part – although probably the most important – in a longer journey made from his time growing up on the Canadian frontier to his final years teaching the principles of Lifecraft in Santa Fe. The man who hunted Lobo and Blanca later came to bitterly denounce the wanton and senseless destructions of our wild relatives.

The importance of this relatively short period to the longer struggle of developing a consciousness about animals has a literary antecedent, another, much earlier tragedy.

You may recall that the Iliad of Homer describes a scant two weeks of the ten year Achaean siege of Ilium – or two weeks of twenty years if one includes the subsequent travels of Odysseus. (The Achaeans were Hellenistic peoples of the heroic Mycenaean period when the gods of Olympus were believed to have taken an active role in the lives of men at the siege of Troy and elsewhere. Subsequently, following the mysterious fall of Mycenae, the gods retreated and these peoples became recognizable in history as Greeks.) Two warriors, Achilles and Hector, representing their respective armies, are pitted against one another. They have (at the start at least) no special antipathy for one another, nor do they have any reason to be at each other’s throats except that terrible circumstances have brought them together. Achilles is fated to win their deadly competition because of his special advantages, but this does not change the pathos of the humiliating and ultimately pointless death of Hector. Under the circumstances, there is no honor in the way Achilles kills Hector, although Achilles is otherwise an honorable man by the standards of his time.

The great warrior wolf Lobo wants nothing of this war with the invincible Seton, who for his part, holds no antipathy for Lobo; their conflict is for Seton just a job he has traveled to from a faraway land. In the Lobo story, Seton gives us a hint that his attitude towards wolves in general (and about Lobo in particular) is already beginning to change – but that is all we see here, just a beginning of a change in consciousness. It is in the 1901 Lives of the Hunted that Seton seems to recognize the shallowness of his victory. (See quote above.) In 1905, he tells of witnessing another wolf hunt, but one in which he refuses to participate, “Badlands Billy: The Wolf that Won,” in Animal Heroes. If we can extend the Iliad analogy for a moment, Seton, Odysseus-like, continues his journey home (to a new level of consciousness) through a journey of many more years.

It is only by knowing this sequel that we can understand the meaning of Seton’s life. The death of Lobo changed first Seton and then the world. I am tempted to write that maybe, knowing the outcome of Seton’s journey, we can begin to forgive him for his murder of Lobo. Or maybe not. Seton did not ask our forgiveness for his heinous act against the wolf. But without Lobo, there would have been no Seton Legacy. Seton learned important lessons about himself and about wildlife from his three months in New Mexico. One could read the balance of his life as a kind of atonement.

I hope that in another 3000 years, just as for us now when the Achaeans are better known in legend than in fact, when our civilization is for the people of that time more mythical than real, that the story of Lobo and Blanca will live on as the greatest nature story of the era when still the howl of the wolf could be heard in the West and was its most beautiful sound.