Lobo The King of Currumpaw Exhibition 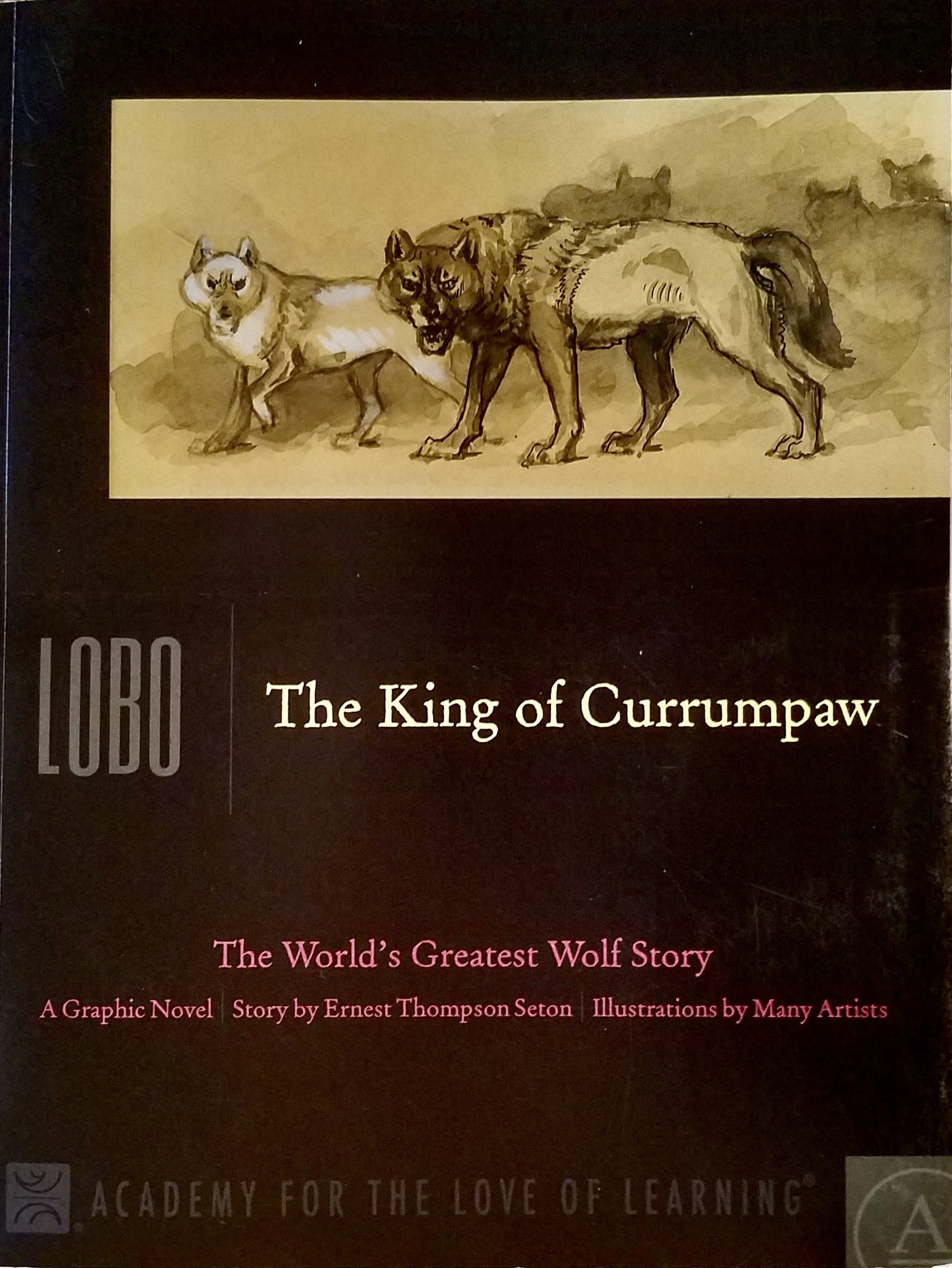 For our annual Seton-themed show at the Academy for the Love of Learning in 2018, I recruited fifty artists to illustrate the Lobo story in the form of a graphic novel matching Seton’s words to contemporary artwork.

The participating artists kindly give me permission to reproduce their work for educational purposes. I cannot thank them enough for helping the Academy carry on the important work of fostering understanding between us humans and the wild-nature ones who have so much to teach us if we will only observe, listen, and learn.

I devoted a third of my 2010 Ernest Thompson Seton biography to just the two and one-half months he spent in New Mexico chasing Lobo. I have been chasing them both, contemplating the questions below for a half century. This story is worth all the attention.

I consulted on the 2016 graphic novel based on the Seton story, written and illustrated by William Grill, The Wolves of Currumpaw. I addressed them again in the foreword to new 2020 edition of Seton’s Wild Animals I Have Known (discussed in another recent blog).

In his story of Lobo Seton shows the wolves as superior in every way but one to the persons hunting them: they act according to the highest of wolf standards. The wolves, however, have no defense against their tormentors who abandon all moral standards in obsessive pursuit of their destruction.

This doesn’t reflect well on Seton, but that I believe was the point. The larger issue here, to which Seton would return many times, is that in wild nature we find standards of morality which we would do well to emulate. Our destructiveness towards nature is an attack not just on wild animals but is also reflective in a larger sense on the shortcomings of our very being in the world.

We cannot fully realize our full humanity until recognizing ourselves as a part of nature. By not understanding this, we remain more unconscious than the creatures we so wantonly destroy.

Such was the lesson Seton took from his encounter with the wolves of Currumpaw.

The Lobo story drew a great deal of attention for its ambiguities and the resulting questions. Whose side was Seton really on? Why did he depict himself in such a negative way? Is it even possible that wolves can be moved by motivation other than survival? How to reconcile Seton as the vicious narrator of this story to his subsequent career as writer and activist? These make for good discussion topics after you finish reading the graphic novel.

This story of how Seton came to know, kill, and learn from a great wolf – is a classic in American literature. Seton wrote the story as first-person narrative. But it can be interpreted as a play in three Acts. Please see the accompanying three blogs for the visuals from the graphic novel shown in our gallery as the “Lobo The King of Currumpaw” exhibition,” Parts I, 2, and 3 posting late January 2021.