Ernest Thompson Seton: The Arctic Prairies and Academy for the Love of Learning Expedition to Aylmer Lake 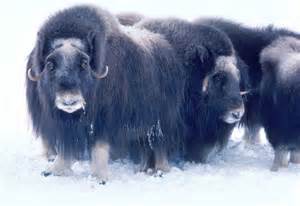 In 1907 forty-six year old artist, naturalist, and co-creator of the wildlife conservation and Scouting movements, Ernest Thompson Seton, began the greatest wilderness adventure of his extraordinary life. He led a six-month, 2000-mile canoe voyage into the Barren Lands northeast of Great Slave Lake (Northwest Territories). In The Arctic Prairies he chronicled the people and environment found along the way, including his destination, the fabled Aylmer Lake:

Imagine a region of low Achaean hills, extending one thousand miles each way, subjected for thousands of years to a continual succession of glaciers, crashing,      grinding, planing, smoothing, ripping up and smoothing again, carrying off whole ranges of broken hills…

I have long imagined following Seton’s route over the cottongrass covered tundra, watching for Arctic Wolves, Musk Ox, and Caribou under the midnight sun along the shores of Aylmer Lake, far north of the Boreal forests and just south of the Arctic Circle. This summer I will lead an expedition there. Based on Seton’s maps, photographs, drawings and journals, we will follow in his footsteps, concentrating on the areas around the lake that he explored 108 years ago.

We will chronicle our experiences in video and still photography, and in words, reacting to and inspired by that earlier journey. In his time, Seton—who was a scientist and social innovator—made significant contributions to ecology, ethology and youth outdoor education, creating important foundations for today’s environmentalism. He raised alarmingly perceptive concerns about the problematic human relationship to wild nature. Our disconnection from nature, he believed, threatened the very survival of our civilization.

As a naturalist, historian, and museum curator, my goal with this project is to examine the nature of transformation—mostly environmental, but social as well—and to bring back what we learn (and what we feel, in terms of experience) as the basis for a traveling exhibition and accompanying publication. We also plan on using film and web-based media for dissemination of our findings comparing conditions of 1907 with those of 2015.

For Seton the Arctic journey was at once a professional one for him as a field biologist but also highly personal as a visitor to the wild. In his books, Seton described two visions of nature. In one of these nature is beautiful and dangerous, but always our teacher. In the other, nature is merely something to be despoiled at whim, particularly whim driven by greed. The vast wilderness that surrounds Aylmer is far from any city although not untouched by human activities. Nonetheless, Aylmer remains a touchstone of wildness, and given what we know about it from over a century ago, a place for contemporary data collection and for reflection on where, in a general sense, we came from and where we may be going.

This lens of transformation gives our project a unique perspective. Seton called upon us to become keen observers (in the tradition of Thoreau) while at the same time to take personal responsibility for how we choose to live as temporary wilderness residents and as citizens of the civilized world after our return. What Aylmer may teach us we cannot know in advance, but we will photograph and write and just be as best we can, afterwards sharing what we have found and learned on our own Arctic Prairies.