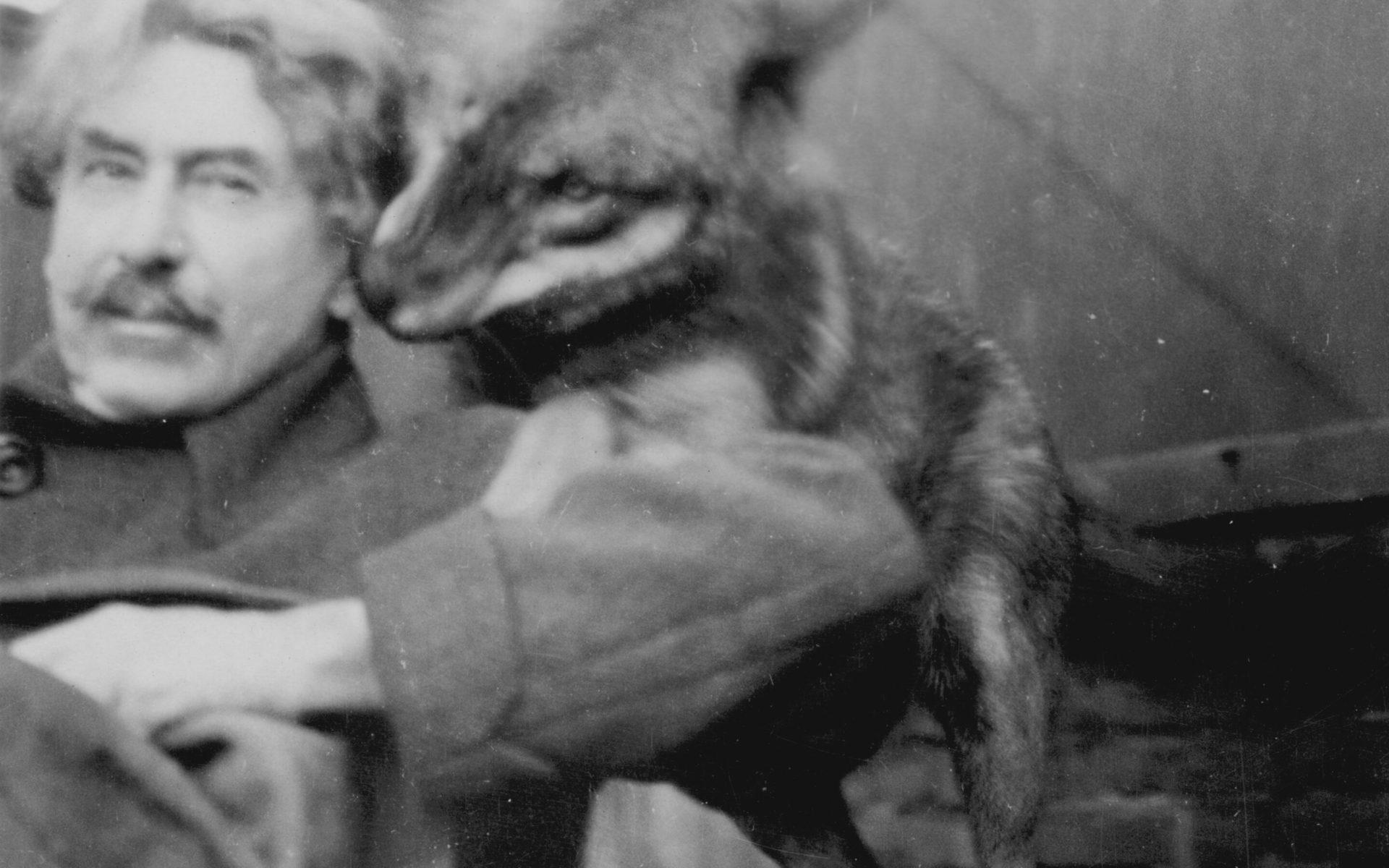 Lobo (ca. 1889-1894) was Specimen #672, Canis lupus nubilus, resident of Union County, New Mexico. He demonstrated to Seton lessons in love and loss and most importantly taught Seton how to be human.

Perhaps you enjoyed watching birds during your life – and maybe eating them as well for all I know. Partly in atonement for your demise, a few years into the next century (1913) Seton, accompanied by nature writer John Burroughs (who may have never seen a wild wolf) traveled to Washington, D.C. The two of them lobbied two recalcitrant Senators into dropping their opposition to an appropriations measure to the Biological Survey, a division of the Department of Agriculture.

This little bureaucratic detail became known as the Weeks-McLean Migratory Bird Act 1913. It was meant to curtail market hunting of certain birds, and very importantly to take birds crossing state lines into the “custody and protection” of the Federal Government. This was a major expansion of federal authority at the expense of state’s rights:

“All wild geese, wild swans, brant, wild ducks, snipe, plover, woodcock, rail, wild pigeons, and all other migratory game and insectivorous birds which in their northern and southern migrations pass through or do not remain permanently the entire year within the borders of any State or Territory, shall hereafter be deemed to be within the custody and protection of the Government of the United States, and shall not be destroyed or taken contrary to regulations hereinafter provided therefore.”

Conservative district courts didn’t agree with this idea, believing it unconstitutional. This was a lot of power granted to the government through an appropriations measure. However, this legislation established an essential direction for conservation. The effort continued through a treaty with Great Britain that allowed for the governments of Canada and U.S. to in effect, take ownership of traveling birds. Getting the Migratory Bird Treaty Act  formalized took four years, but in the end, the goals set out in the Weeks-McLean Act were largely met.

What does this have to do with wolves? By setting the constitutional precedent of government regulation of migratory birds, wildlife conservation measures were extended in new legislative actions over many decades through various pieces of legislation including the Endangered Species Act.

Unfortunately, as you wolves know all too well, the assault on wildlife continues apace. In a farewell gift to America, the Trump administration worked overtime in its last few months to gut the protections provided all wildlife through the Migratory Bird Treaty and other pieces of conservation legislation.

Among the species under attack by anti-nature politicians – this will come as no surprise to you: wolves.

You will note that I did not write you last year, mostly because I was too discouraged and distressed at having to convey bad news each of the past several years.

Will things get better in the Environmental Era Year of 127? (You will recall that I have created a new calendar marking the beginning of the modern era from the year of your death.) I’m not sure. Maybe will I send a more positive report to you next year.

Our new Secretary of the Interior, native New Mexican Deb Haaland has years’ (centuries) worth of catastrophic issues to confront. She probably won’t see a letter written to a particular wolf (you), but maybe she will find some time to help your living relatives. We can certainly hope so, wishing her all success.

Yours, with love for all the wild ones,