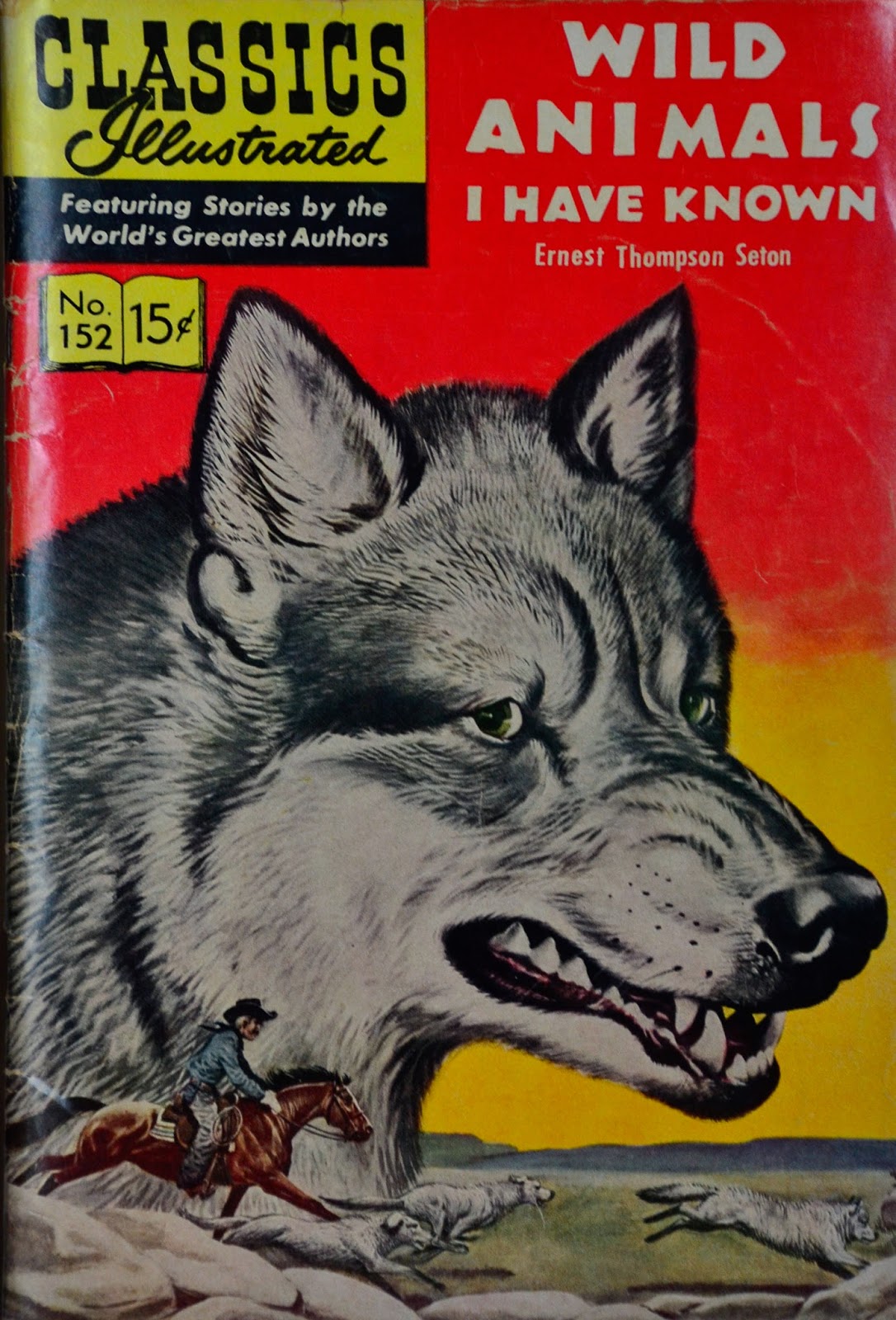 Before the graphic novel, “Classics Illustrated, Featuring Stories by the World’s Greatest Authors,” put pictures to much abbreviated words retelling great stories from Alexandre Dumas and Daniel Defoe to Jack London and Ernest Thompson Seton. Several of these comic books appeared each year beginning in the 1940s. Of the reputed 169 issues, two were based on Seton’s work.
Issue 152, September 1959, sold for 15 cents. On the cover: Lobo. Inside: the stories of Lobo, Bingo, Raggylug, Wully, and the Pacing Mustang. For some reason, they represented Seton as an old man in a World War I vintage Scout uniform.
Issue 157, copyrighted October 1967, sold for 25 cents. On the cover: Krag. Inside: the stories of Krag, Johnny Bear, Mother Teal and the Overland Route, and Tito. The 1967 copy could be a re-issue, since Issue 157 could have originally been issued earlier in the sixties. With luck, someone reading this will know the answer – there seems to be a scholar for every occasion. Why should Classics Illustrated not be on someone’s sub-specialty list? 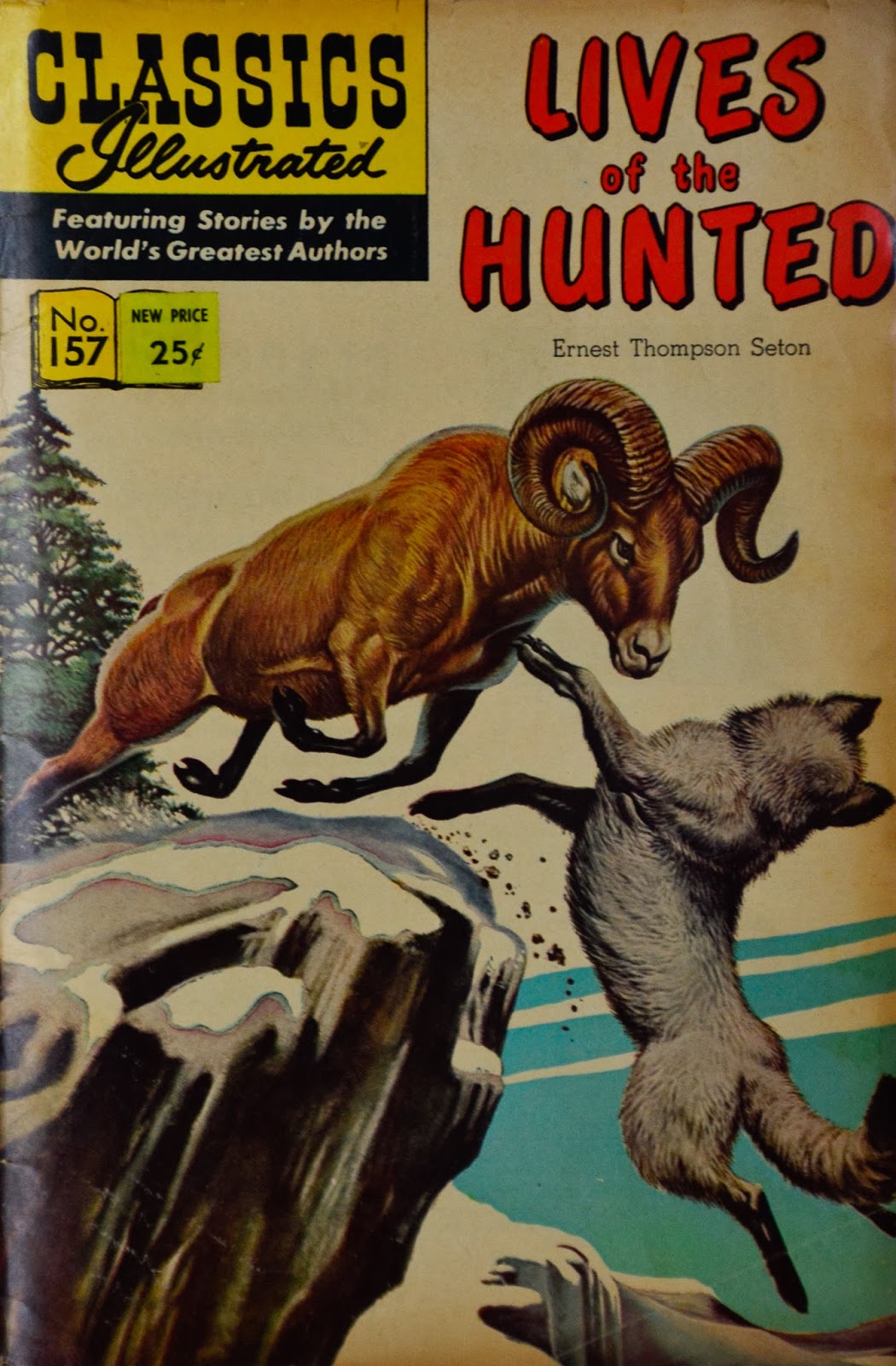 Whatever the chronology, I was more interested in the presentation. The stories, while very short, capture their essence. Whoever selected the stories made the right decisions in featuring Lobo and Krag,  his two most important. Not neglected: the sadness and violence of the originals (excepting Mother Teal which has a happy ending). Left out is the morality tale aspect – these are straight action/adventures. Nonetheless, young hearts were perhaps stirred by the tragedies of wolf and bighorn, rabbit and horse. Even in this brief format, the majesty, loyalty and heroism of the subject animals come through.