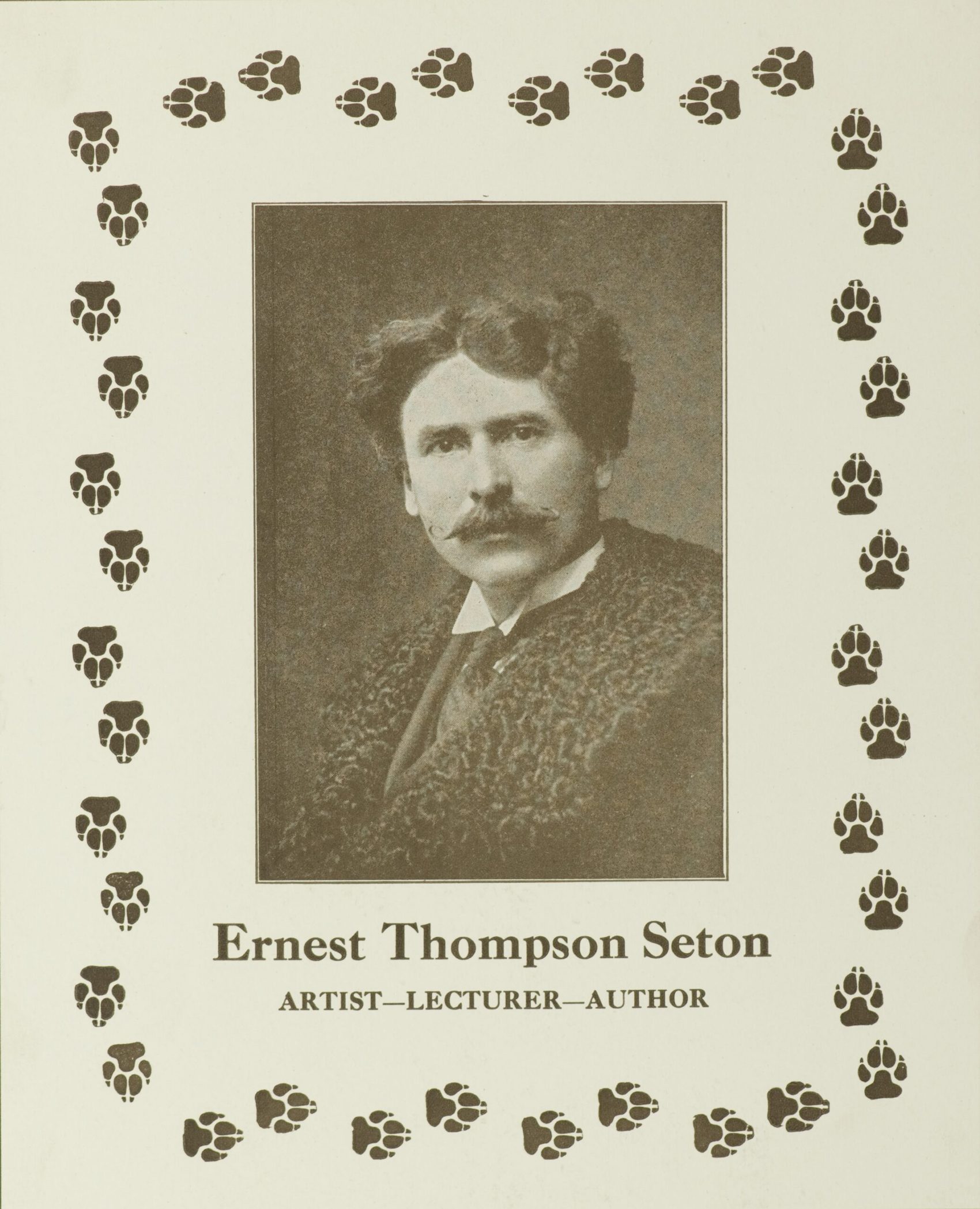 The extraordinary effort and hours Seton had previously put into commercial art now went into his writing career. Two Little Savages became yet another outstanding success, outselling five popular natural history titles published during this same period. He also somehow found time to publish the massive two volume Life Histories of Northern Animals and lead a six-month Arctic expedition. The level of production that might have represented the life work of another writer Seton accomplished in six years.

Seton continued to write magazine articles, travel the U.S., U.K. and Canada, give lectures, challenging himself in wilderness areas, launch the Woodcraft movement, lay the foundations for Scouting, promote wildlife conservation on a vast scale, and in the course of all this began to change the consciousness of his readers about the nature of animals (they weren’t machines, but relatives), and redefine attitudes about nature itself, all while establishing foundational principles in ethology, ecology and environmentalism.

I explore each of these accomplishments through dozens of blogs spread throughout this website. It is overwhelming even to write it all down in one place. Where even to begin?

Off On A tangent

The French television series Dix pour cent, released by Netflix as Call My Agent in the U.S. (2015-2020), features agents of a Paris talent agency who represent major European movie stars. The search for and management of the “talent” is foundational to the multi-billion-dollar entertainment industry. This remined me that an important antecedent to the contemporary talent agency was developed in the nineteenth century by a Civil War hero and Medal of Honor recipient. And of course, we find Seton right in the mix.

Impresario James Burton Pond (1838-1903), came from humble beginnings, but sought a life of adventure beginning with joining the anti-slavery radical John Brown, running a newspaper printing press, gold-digging in Colorado, and leading African-American troops in battle against William Quantrill in 1863.

Some years following the war, still looking to find his way in the world, Pond met Anna Eliza Young, Wife number 19 of Brigham Young. She had had enough of Young and decided to talk about it—flabbergasting audiences and making a living at the same time. Pond became her lecture booking agent. Then as now people liked to be entertained. Pond signed up a roster of dozens of stars who toured the country including Booker T. Washington, P.T. Barnum, Henry Ward Beecher, and most famously, Mark Twain.

One of the last celebrities Pond recruited into is talent agency was Seton, who recounted his lecture career in Trail of an Artist-Naturalist.

“I am gifted naturally with a powerful voice and stage presence. Instinctively, I act out my stories – never read them…Requests for my lectures poured in from all parts of the country – it was swamping me. Then came a welcome solution.

“Major James B. Pond, the celebrated lecture manager, attended one of my lectures. At the close he came to me and said: ‘I will pay all expenses – traveling, living, and advertising, lantern [for showing slides] hall [venue rental], and agent to go with you and make all arrangements, as well as operate the lantern, for two appearances a day, five days a week; and pay you $600 a week salary…Of course, I accepted.”

“He presented me with a copy of his book, ‘Wild Animals I Have Known,’ which interested me immensely, and I was satisfied that he was not lecturing or reading for revenue only, but that he had a cause, was fond of animals, that his life had been associated with them, and that he showed clearly that every living creature had paternal and family instincts the same as human beings.”

I will provide Pond’s full account in a Guest Writer’s blog elsewhere on this site.

Pond died from an unsuccessful surgical operation a few years into the arrangement with Seton, but in the time they had together, Seton became a bigger star.