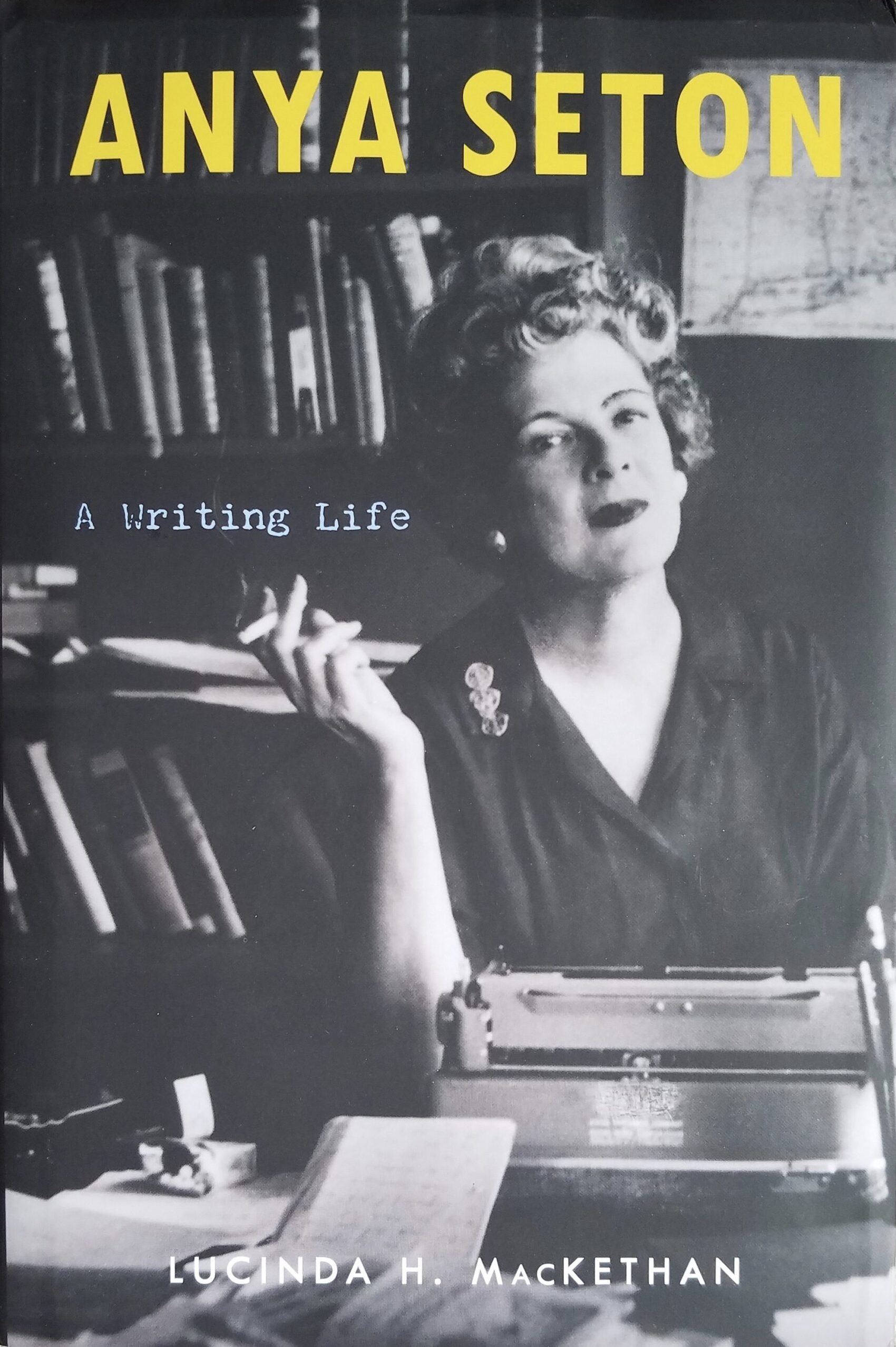 My first encounter with a Seton came at a very young age. My mother’s extensive collection of novels included several by Anya. The daughter of two writers – Ernest and Grace – Anya came rather late to writing. She resisted following the profession of her accomplished parents seeing that the continual creative struggle is not one to be taken lightly. Or by the weak in spirit.

As it turns out, Anya had considerable talent and once she decided to take up the writing trade she achieved enough success to try to her hand at a novel. And when that proved successful, several more. With each succeeding book she expanded her audience, becoming popular enough that a few of her books were acquired for motion pictures.

Between 1941 and 1975 Anya published 13 books and although it is difficult to quantify, likely sold more books than her famous parents combined.

The Importance of Getting Away from Ernest

This book is not about Ernest Thompson Seton, but by sheer force of his larger-than-life personality neither we as readers nor Anya as daughter could entirely escape the gigantic Seton Legacy. Anya struggled with getting out from under his shadow when he was alive and long after he was dead.

We also learn a great deal about Grace who was also an accomplished writer and an extremely independent woman for her time. Partly out of necessity Grace developed a life and career increasingly independent from her self-centered husband. For all his accomplishments, Seton was not an easy man to live with as husband or father.

MacKethan shows Anya as extremely headstrong as well. But how else could one become successful as a novelist? Starting with changing her name from Ann. Like so many others of the Seton clan, she took a new name, becoming “Anya” professionally. She even invented false stories to explain the origin of her name. Like her father, she did not allow truth to get in the way of a good story. This is not criticism, but a reality check on what it takes to make your way in the writing world.

And yet, Anya’s historical novels come not just from inspiration but from extensive research giving them a degree of factual authenticity as well fictional drama. And fortunately for Anya, she has found in MacKethan a first-rate biographer whose penchant for thorough research is every bit as strong as that of her subject.

The Seton Legacy as I see it is a multi-generational saga from the medieval Scots patriots to the twentieth century family of Ernest, his wives Grace and Julia, and daughter Anya. (Other family members are given deserved credit as well). MacKethan’s book is an important and well-written contribution to the story of the Setons.