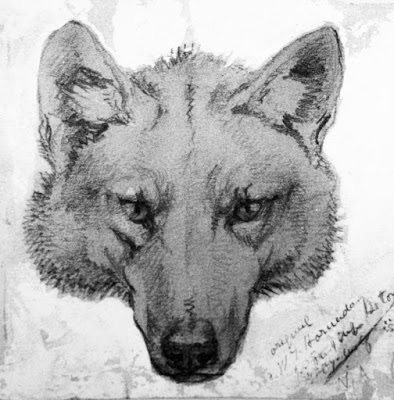 According to Julian/Gregorian calendar reckoning, we have entered the 2016th year following the birth of Jesus of Nazareth. The religious descriptor A.D. (in the year of the Lord) has been in widespread use for over twelve hundred years. The more secular C.E. (common era) has in recent times gained limited traction with historians.

Year 1 (a.k.a. Environmental Era—E.E.—January 31, 1894) marks the death of the gray wolf “Lobo, King of Currumpaw” at the hands of Ernest Thompson Seton. Not long afterward Seton repudiated animal trapping as well as persecution of predators (including wolves). In 1925 he predicted the coming civilization-ending environmental disasters.

Seton’s account of the life and death of Lobo was published in November of 1 E.E., proving the link between morality and wild nature. In his stories, Seton showed that we ignore this connection at our peril.

My celebration of New Year’s Day 122 E.E. will include climbing the mountain behind my house to spend time with the elk who reside there this time of year. I hope you will also find a way of honoring wild nature on this special day.

Featured Image: Wolf portrait by Seton (Academy for the Love of Learning)