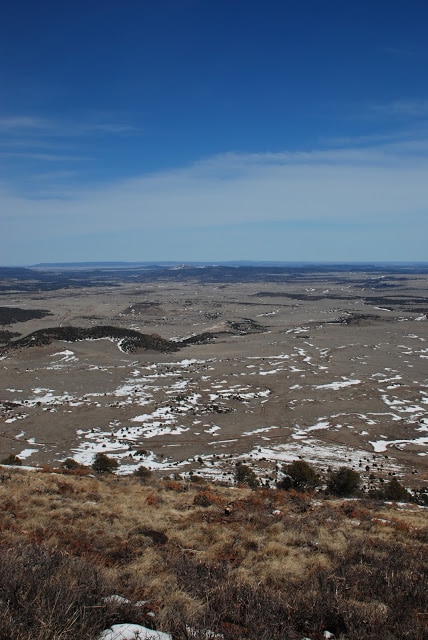 I have been writing these to you yearly, expressing appreciation for all your work in the world, even dating a new historical era from the date of your death, now that BC, AD, CE, etc. seem irrelevant.

January 31 of the Environmental Era is a special day with the growing hours of light (in New Mexico at least) becoming more evident. While Earth Day (April 22) is a day to celebrate Nature, this date should become one of reflection on what is happening to the world you knew only so briefly.

Unfortunately, I don’t have much positive news to report. This past year of 122 E.E. was not a particularly good one. First and most importantly, it was the hottest on record in terms on averaged annual global temperature. The temperature has risen 1.3° Celsius since the time when you roamed the plains of the Corrumpa. (That translates to 2.3° Fahrenheit for you as a non-scientist wolf.)

According to the European Union’s Copernicus Climate Change Service, earth is now “on the edge” of runaway heating. Imagine yourself in ferocious pursuit of an antelope on an exceptionally hot, sunny day when, at the end of the chase, there is no way to cool off. That should give you an idea of what we are up against.

On the same day as the release of this report, National Public Radio ran an interview with someone who, as I recall, has the title of Secretary of Energy. He spoke calmly about someday, decades from now, when carbon fuel use will gradually be replaced by renewables such as solar power. Decades from now! He should have been panicking, promising to lead a campaign to get us off of carbon right away. And, compared to the joker who has replaced him, well, words fail. Makes me want to howl.

Almost no one mentions—outside of obscure corners of the internet, something like the scent marking you use to interpret—that cows, as leading methane producers, are just as important in causing climate change as fossil fuels. Little did you know (or at least I think you didn’t know) that by killing cows you were doing your part to combat climate change. You were right to kill so many of them.

I could go on with list of terrible and destructive political developments here and abroad by populists, fascists, and terrorists, but I’m running out of energy (so to speak). To put it in terms you would understand, imagine a world of wolf hunters run amuck (actually, last year 14 Mexican Gray Wolves were murdered in New Mexico and Arizona) and you will get an idea of what 122 E.E. has been like.

Thanks again for your sacrifice in attempting to warn us Lobo, and for your ongoing inspiration. I will hope that our collective environmental consciousness will continue to grow stronger and that next year, I may be able to give you a better report.

(Actually, I’m not counting on it, but according to Joanna Macy and other environmentalists, we must hold on to positive thoughts if we are to have any chance to making it to 124 E.E. and beyond.)

Featured Image: Valley of the Corrumpa where Lobo lived in 1894, taken from summit of Capulin Volcano 2010 (David L. Witt)