An Important Anniversary: The Founding of Standing Rock March 28, 1902 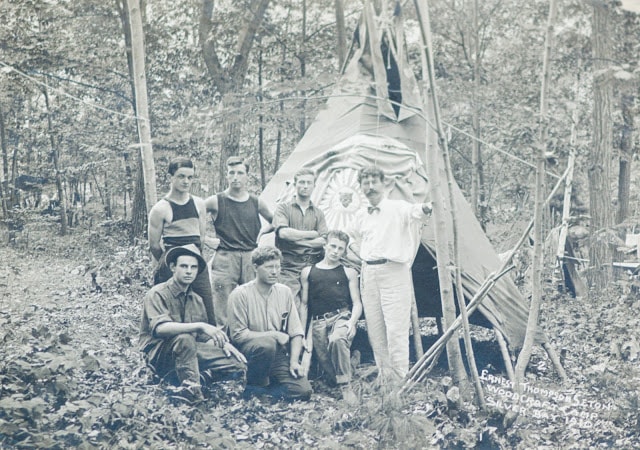 One hundred and fifteen years ago today Ernest Thompson Seton nervously awaited the arrival forty-two boys to a clearing near his home of “Wyndygoul” in the Cos Cob neighborhood of Greenwich, Connecticut. Some of them had vandalized his property. He wanted to offer all of them a chance to experience the outdoors in a new way.

Seton wrote, “I knew something of boys, in fact I am much of a boy myself.”

He invited them to spend a weekend of camping, swimming, and storytelling. Out this experience came Woodcraft and the international Scouting movements.

The campground became known as Standing Rock. It included the first Council Ring (subsequently a main feature of just about all summer youth camps).

In August 1910, the lessons from Standing Rock inspired another camping adventure, at Silver Bay (Lake George, New York), the first official camp of the Boy Scouts of America, also organized by Seton.

A century + 15 years later the legacy of Standing Rock continues its great work of promoting the glories of nature, the importance of self-reliance, and the ethic of service to the larger community.