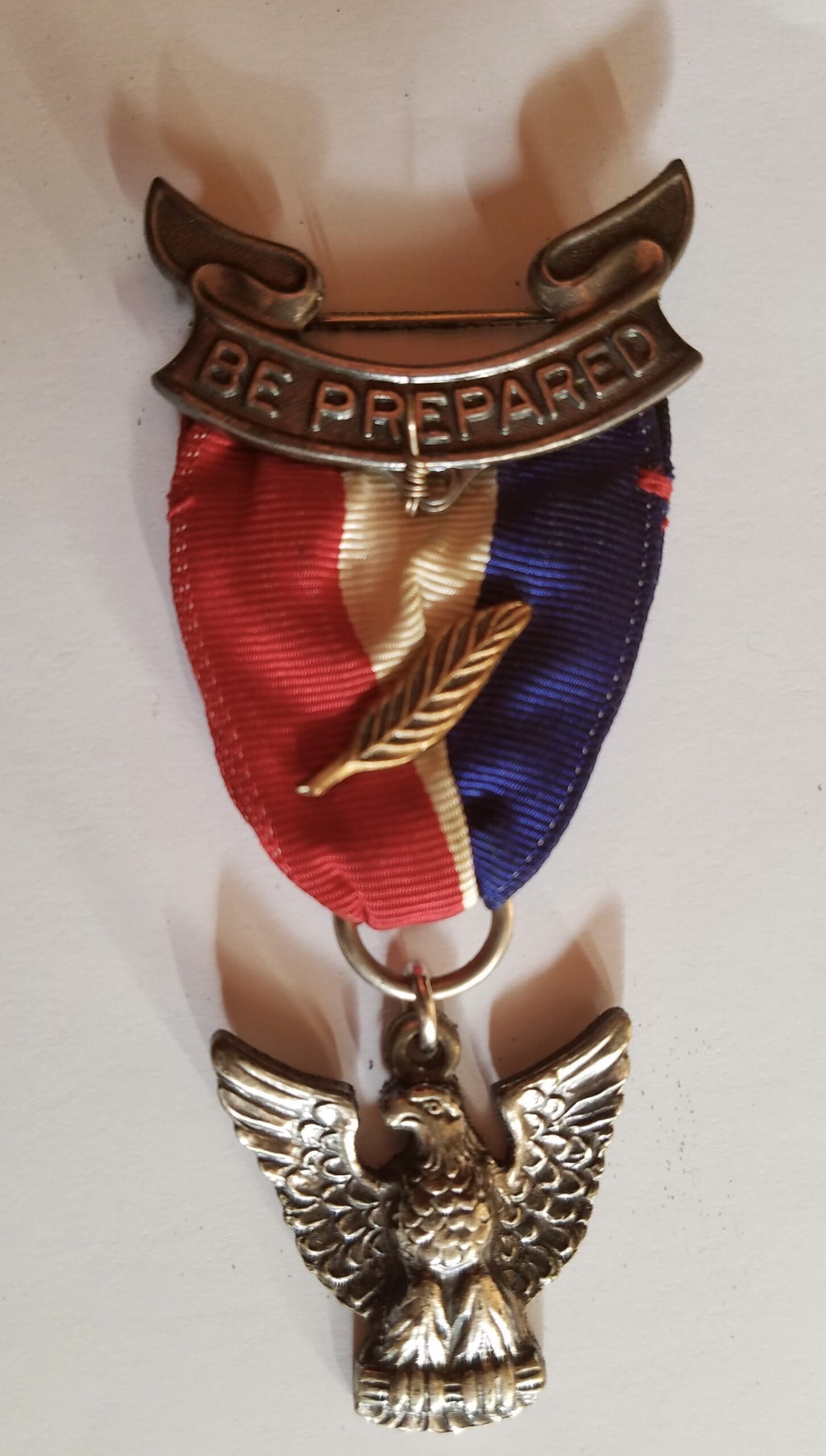 According to Boy Scouts of America administrator Edgar M. Robinson, planning for the first “official” camp had started nearly a year prior to the 1910 creation of the Scouts. The foresighted YMCA official had already “given a challenge to Ernest Thompson Seton” to create a Woodcraft camp experience for YMCA youth.

“After visiting Seton and seeing him at work with his boys on their original camp site,” at Cos Cob, Connecticut, “I became somewhat enthused, but still doubted whether or not his methods would be enthusiastically accepted by the kind of older boys whom we had in our Y.M.C.A. movement.” Robinson proposed that Seton “demonstrate his methods with 20 groups of older boys whom I would assemble for a two weeks camp, beginning August 16, 1910.”

The plan evolved from a Seton-YMCA camp to become a Seton-Boy Scout camp after the BSA board and Seton agreed to change the original focus. Seton would be entirely in charge. Robinson (and YMCA colleague W.D. Murray) set this up to take place in the summer resort area of Silver Bay, on Lake George, New York. (There was a follow-up camp a year later, also at Silver Bay.)

The campers—at least 140 of them—brought their own tents and cooking equipment. “Seton as head of the Boy Scout Movement” had “full charge of the program,” working out a possible way of mixing Woodcraft and Scouting. Robinson termed the results of the experiment that ran from August 16 to September 1 “interesting.”

Banquet at the Waldorf Astoria

Soon thereafter, Robinson and Dan Beard welcomed Robert Baden-Powell upon his arrival at the Waldorf Astoria Hotel in New York. Seton joined the group and the four of them “proceeded to visit Theodore Roosevelt in the editorial rooms of the ‘Outlook’ magazine” where they “secured his interest.” Robinson does not give the date, but this surely must be one of the milestone events in all of Scouting. Putting all those giant egos in one room together is breathtaking to contemplate.

Perhaps this occurred on the same date as the famous inaugural banquet at the hotel presided over by Seton. According to Robinson, Seton “introduced Baden Powell as the Father of the Scouting movement, but he [B-P] replied ‘You are mistaken, Mr. Seton, in your remarks to the effect that I am the father of this idea of Scouting for boys. I may say that you, or Dan Beard, is the Father—there are many fathers. I am only one of the uncles, you may say.’”

But B-P, being B-P, then listed the sources that influenced the creation of Scouting, claiming it, according to Robinson, as “mainly from my own experience in training young soldiers and the South African Constabulary.”

Robinson leaves this without further comment, but since Beard and Seton each believed himself to be the primary source, desert must have tasted of sour grapes!

By the end of October 1910, the initial $4000 in seed money from W.D. Boyce, like Boyce himself, ran out. The YMCA agreed to loan (and pay for?) Robinson to run the newly minted Scouting program for another few months. “It was under these circumstances that I became the first Chief Scout Executive of the Boy Scouts of America although that title was not used at that time.”

Robinson intended to stay only so long as it took to find a permanent replacement. He then made the single most important American Scouting decision since Seton ran the first Woodcraft camp in 1902. He recruited a young lawyer, James E. West to take over as CEO on January 1, 1911. “He was hard to convince but finally agreed to give the position a try, leaving the door open so that he could gracefully retire if he found it desirable to do so.”

Too Intimate To Print

Robinson wrote: “Looking back to the eventful year of 1910, there are many recollections, reflections and interpretations that are too intimate to put into print.”

Perhaps he feared liable suits? The infighting that took place during the first year was but a prelude to the bitterness, rivalries, and virtual combat that involved West in many issues from keeping Beard and Seton under control, to opposing militarism and dealing with white supremacists.

Instead, Robinson returns to writing about his role, referring to W. D. Murray:

“When he says in his letter to me that he regards me as the father of the Boys [sic] Scout Movement in America, I know exactly what he means. He did not refer in any way to any contribution that I might have made to the program, but only to my efforts to get the movement established on a firm foundation in America.”

He then mentions Seton’s part in all this:

“Mr. Seton at the beginning occupied the position of ‘Chief Scout’ and tried his best to merge his Seton Indians in the Boy Scouts of America. Though his time was valuable he gave it without stint and paid all his own expenses without any remuneration. He and I journeyed together to the Summer White House to call on the President, William Howard Taft, and secured his consent to serve as Honorary President of the new Movement.”

Too Intimate Not To Print

Robinson gives Baden-Powell credit for being “the real founder of Scouting throughout the world.” But he qualifies this somewhat: “Seton contributed much to Baden Powell in the year when he (B-P) was trying to adapt his ideas of Scouting for soldiers to Scouting for boys.” Seton gave Baden-Powell a copy of his Birch Bark Roll publication in 1906, parts of which were incorporated into B-P’s 1908 Scouting for Boys.

Robinson notes similarities among the outdoor education ideas of Baden-Powell, Seton, and Beard while noting also the differences. “The first was military, the second was primitive Indian, the third the pioneer frontiersman.”

He wrote earlier in his essay, “Beard thought in terms of the ‘Knights of Buckskin’ or the old time frontiersman who conquered the forests and killed the Indians.”

Seton, he wrote, was characterized by giving “free rein to his natural creative instincts and to his equally natural non-conformist spirit.” Seton had “an inborn antipathy to anything that was military. Seton disagreed with making Beard’s “frontiersman to objects of admiration for American boys…In his mind they were rough, uncouth, brutal, uncultured men, whose only idea of a good Indian was a dead one.”

And In The End

Seton is hardly above criticism, but Robinson’s confirmation of Seton’s opposition to B-P’s seeing kids as fodder for the army and Beard’s enthusiastic endorsement of racism does give us perspective on all three Scouting founders all these years later. James West tried to find his own path through all this; he rejected Seton’s model Indian as appropriate to Scouting.

Robertson concludes on a mournful note: “Mr. West, as Executive Secretary [precursor title to the later Chief Scout Executive], came between Seton and the Executive Board in the sense that his views generally prevailed rather than those of Mr. Seton. After several years of increasing dissatisfaction, Seton resigned, an embittered and heart broken man.”